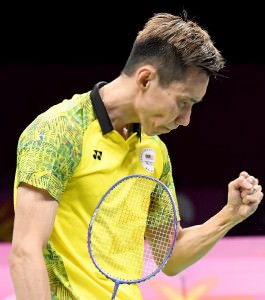 Lee Chong Wei and Saina Nehwal struck a blow for the older generation of stars as they outplayed younger opponents in the singles finals of the XXI Commonwealth Games in Gold Coast yesterday.

Malaysian icon Lee had fallen to India’s Kidambi Srikanth in the Mixed Team final between Malaysia and India last week, but the 35-year-old – 10 years his opponent’s senior – was sharper in the Men’s Singles final yesterday. After losing a close first game, Lee turned on the afterburners and left the new World No.1 searching for answers as he closed it out 19-21 21-14 21-14. It is Lee’s third individual Commonwealth Games gold medal.

Malaysia and England finished with two gold medals each while India returned with one.

The Women’s Singles final was an all-India affair with the 28-year-old Saina Nehwal (featured image) taking on Pusarla V Sindhu, six years her junior. It was close in both games, until Nehwal edged her opponent at the death, 21-18 23-21, for her second individual gold medal of the Commonwealth Games following her title victory in 2010.

The day began with England’s Chris Adcock/Gabrielle Adcock getting the better of their compatriots Marcus Ellis/Lauren Smith after falling behind in the opening game: 19-21 21-17 21-16.

Lauren Smith returned for her Women’s Doubles final with Sarah Walker, against Malaysia’s Chow Mei Kuan and Vivian Hoo. The Malaysians, a scratch combination, proved to be the surprise package of this event as they overpowered the England duo 21-12 21-12. 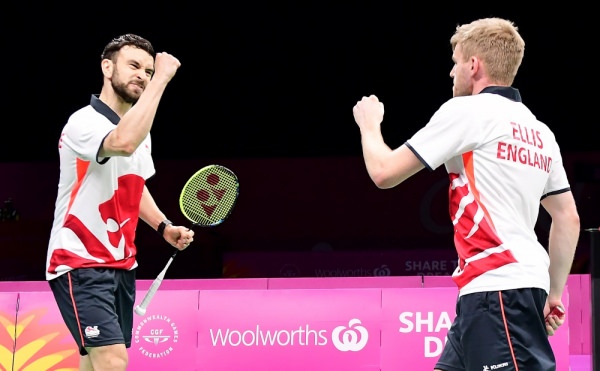 England won a second gold medal in the last match of the day, the Men’s Doubles. Olympic bronze medallists Chris Langridge and Marcus Ellis proved too crafty for young Indian duo Satwiksairaj Rankireddy and Chirag Shetty, closing out the final in 39 minutes: 21-13 21-16. It was England’s first Men’s Doubles gold medal at the Commonwealth Games in 40 years – the last time England won was in 1978 through Ray Stevens and Mike Tredgett. Ellis/Langridge broke the spell of Malaysian dominance that stretched back from 1990. 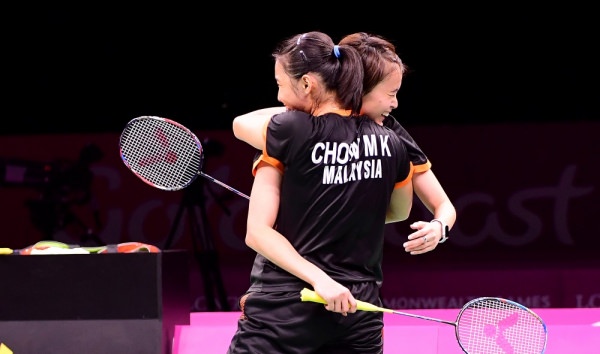 “I think when you look at the various events, everyone’s played well, whether it’s Saina and Sindhu in the Women’s Singles final or Srikanth in the Men’s Singles final, or Ashwini and Sikki, or Satwik and Chirag in the doubles. Each one of these performances was good.

“I think the goal in the team championship was for us to beat Malaysia in this format. It shows that as a team we’re good and we’re capable of winning many more in future.” 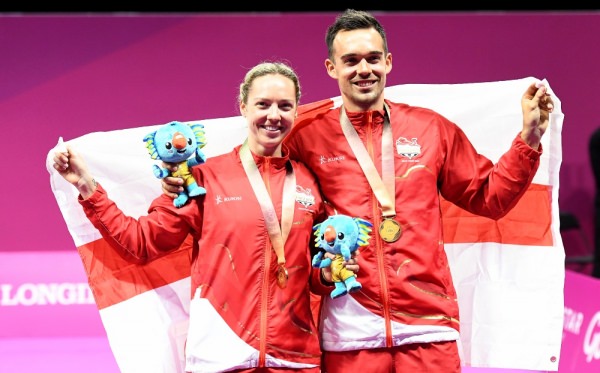