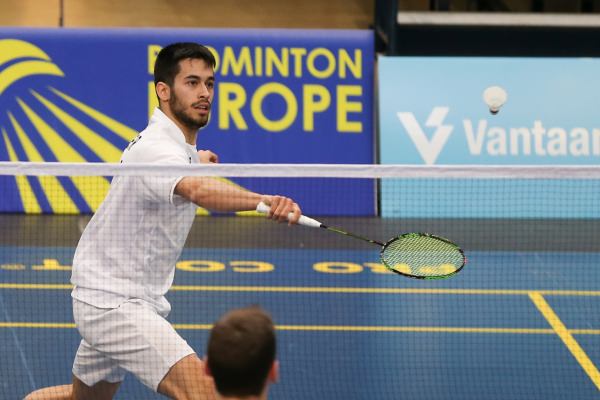 The Romanian International concluded this afternoon in Timisoara with Spain emerging the big winners lifting both the men’s and women’s singles. Germany also had reason to celebrate as they lifted the mixed doubles title thanks to young guns Miranda Wilson & Lukas Resch.

Clara Azurmendi was one of the big favourites heading into this week’s tournament and after a very tough first round win over Sang Eun Park of Korea got the title gifted to her today winning the women’s singles by virtue of a walkover by Anne Hald of Denmark.

Less expected however was the victory of Luis Enrique Penalver (main picture) in the men’s singles. The young Spaniard (pictured above) while seeded three would not have been expected to dominate the tournament in the manner he did. In a highly competitive draw Penalver lifted the title after playing a total of five matches with five wins without dropping a single set.

A breakthrough senior success for the young Spaniard going to prove that the emerging powerhouse of European badminton have some talented boys coming through to back up their already established girls.

In the mixed doubles today’s final was certainly a battle of the young guns with three of the finalist’s participants in the recent European Junior Championships in Mulhouse France. Going into the final Czech pair Budzel & Svabikova were favourites after their great showing in Karvina last week.

Their opponents in today’s final were 17-year-old German pair Lukas Resch & Miranda Wilson (pictured above). All seemed to be going according to plan for the Czech pair after a 21-15 win in the opening game. The Germans came back to level up with a 21-16 win in the second set to send the final into a deciding set.

It was the young German juniors who held their nerve at the crucial points to take their first senior title with a 25-23 win.

In the women’s doubles Hwang Yu Mi and Chan Hee Kang emerged victorious in the all Korean final while their was men’s doubles disappointment for Bulgarian’s Nikolov & Rusev who were resigned to a second runners up spot this month after coming up short in today’s final losing in two games to Andraz Krapez of Slovenia and his Thai partner Samatcha Tovannakasem.

For all results from the Romanian International click HERE