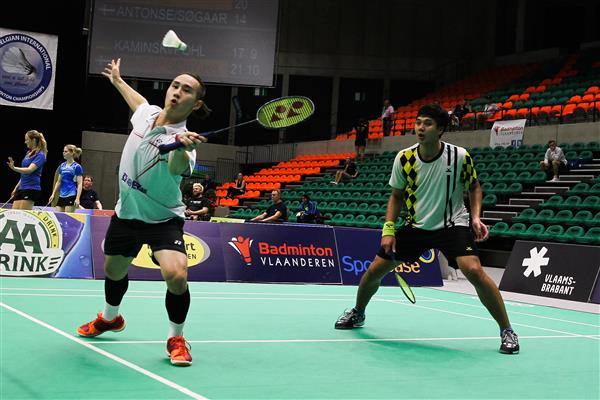 Today in Bierun saw the conclusion of the 2016 edition of the Varcolor Polish International with Denmark managing two titles from the five while India scooped the women’s doubles and singles and the exciting Chinese Taipei pairing of Lu and Yang going back to back in the men’s doubles after winning in Belgium last week.

The challenge for Europe was a big one this week in Poland but thanks to Denmark, Europe did manage to take two titles which was about as much as we could have realistically hoped for given the strength of the Asian players this week.

Mikkel Mikkelsen and Mai Surrow came through comfortably in the mixed doubles final after some tough three game battles against Indian opposition throughout the week. The last Polish players remaining were the Danes opponents today and Mikkelsen and Surrow spent little time dispensing the threat of Pietryja and Wojtkowska in today’s final in two games.

One of the biggest surprises was the victory of Victor Svendsen in the men’s singles final. The Dane beat hot favourite from India Sourabh Varma in the final, the second final defeat in two weeks for the Indian.

The travelling Chinese Taipai pair of Lu and Yang (main picture) proved once again they have the beating of any European pair on the circuit adding the men’s doubles title to the title they won in Belgium last week. The crowd pleasing Taipei duo have endeared themselves to the European circuit crowds with their exciting brand of play over the past few weeks.

Europe did get close to a win in the women’s doubles with Zharka and Voytsekh pushing Indian pair Santosh and Sunil to three games. But in the end the Indians had too much in the bag winning 21-14 in the deciding game against the top seeded Ukrainians.

Indian rounded off a good day taking the women singles with Rituparna Das coming out on top against compatriot Rasika Raje in three games.