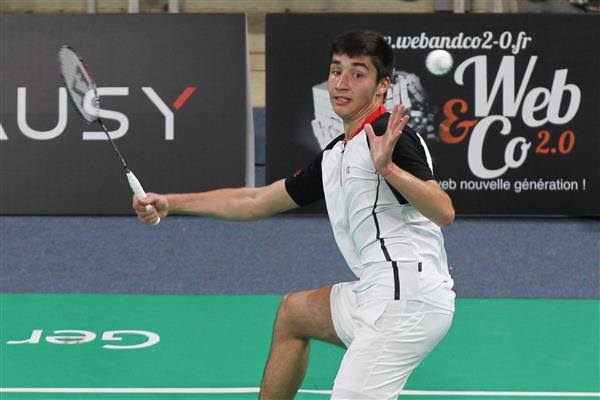 Team Russia dominated in Jelgava this week lifting three of the five titles on offer in the 2016 Latvia International. The Future series rated tournament also proved to be a happy hunting ground for the young French team who celebrated first senior wins in men’s singles and mixed doubles to steal the headlines on finals day.

Junior stars Thom Gicquel and Leonice Huet got France off to the perfect start taking the opening mixed doubles title beating Riabov and Shegurova of Russia in three games. The French had some tight battles over the course of the tournament and displayed maturity beyond their years coming through to lift the title, their first on the senior circuit.

Russia did bounce back in the battle of the top two seeds in the women’s singles. Elena Komendrovskaja defied the seeding order and ousted top seed Alesia Zaitsava to lift the title, the Russian completely dominant all week by not dropping a set.

Toma Junior Popov (main picture) then made it a dream day for the French young guns taking the men’s singles title by beating Finland’s Kasper Lehikoinen in two easy games. Popov, a total of 140 ranking spots behind the Finn, dominated proceedings taking the match 21-14 21-14 to land his first circuit senior title and mark himself out as a real prospect for France for the future.

Russia once again bounced back in the final two matches of the day to seal the men’s and women’s doubles. Ivanov and Nazarenko beat compatriots Nikulov and Serpionov in two games while Maria Shegurova avenged her earlier mixed doubles defeat to team up with Ksenia Evgenova to claim the women’s doubles. The women’s doubles defeat for Alesia Zaitsava made it two losses in two finals for the Belarussian who, alongside Anastasiya Cherniavskaya, had to be content with silver to complement her silver in the earlier women’s singles.

For all results from today’s Latvia International finals click HERE