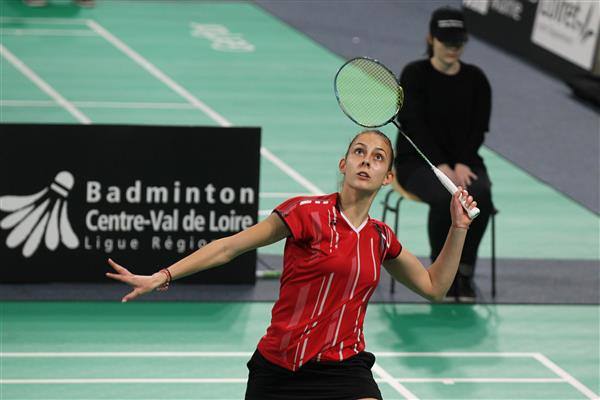 The opening day’s qualification in Orleans was dominated by Asian players as Europe’s main draw hopefuls stuttered and choked with only a handful getting through across all five disciplines.

The women’s singles alone pushed 7 players from Asia into the main draw with Bulgaria’s Mariya Mitsova (pictured) the sole European getting a spot in the main draw tomorrow. Japanese pairs also filled all available qualification spots in the women’s doubles.

The men’s singles draw told a slightly better tale from a European perspective with a healthy crop of European’s getting a coveted main draw spot. Luis Enrique Penalver benefited from an injury to his opponent in the final round of qualification while Erik Meijs made a storming final game comeback against Indonesia’s Enzi Shafiri. The Dutch man trailed 11-6 before coming back to win 21-16 and will now play Henri Hurskainen in tomorrow’s first round proper.

Finland had a 50% success rate with Kasper Lehikoinen making it through to the main draw while Kalle Koljonen endured an agonising final game in the final match on court defeat to Dinuka Karunartne also of Sri Lanka. Both Karunaratne brothers made it through qualification to tomorrows main draw.

The French public came out in force on qualification day and while many of their home players faltered there were some decent performances from the home players to make the main draw. Anne Tran and Jordan Corvee were first over the line in the mixed doubles to book a main draw spot against Poles Pietryja and Wojtkowska. Toma Junior Popov drew the biggest round of applause late in the evening, the emerging U19 comfortably making his mark at senior level.

Badminton Europe are live all week in Orleans streaming from all courts via out YouTube channel. You can watch all tomorrow’s action live from 9am CET HERE

Article and Photo by Mark Phelan for Badminton Europe