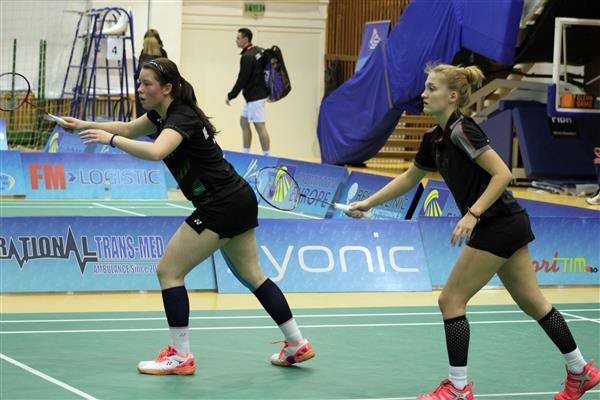 The 2016 edition of the Romanian International concluded today in Timisoara in what was a tough day for Europe with only one success coming in the women’s doubles thanks to Dutch/English combo Cheryl Seinen and Jessica Pugh (pictured).

Cheryl Seinen is no stranger to mixing it up with a range of pan European partners over the past year and she could have hardly asked for a better this week in Romania with Jessica Pugh by her side.

With an Asian heavy draw, the pair came through the tournament without the loss of a single set and beat Malaysian pairs in both the semi-final and today’s final by the same score line 21-19 21-15

The only other medallists on finals day in Timisoara were men’s doubles runners up Zvonimir Hoelbling and Zvonimir Durkinjak. The Croats had to succumb to fourth seeded Malaysians Yew Sin Ong and Ee Yi Teo with the Malaysians blowing away their European opposition 2-13 21-9 in the final.

The same fate fell to Patrick Bjeeregaard in the final of the men’s singles. The Dane had beaten some strong European and Asian opposition en route to today’s final but like the Croats before was no match for top seed Pannawit Thongnuam with the Malaysian winning easy in two games 21-17 21-13