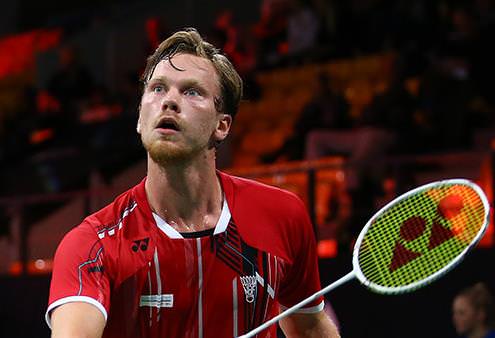 A trip to Norway is on the cards this coming week as Europe’s circuit players take to the tournament courts after a week’s break. Sandefjord, Norway is the location for the 2015 Norway International and the home nation will look to Marius Myhre to deliver on home soil.

The Norwegian number 1 is also number 1 seed for the men’s singles and will look to lift the title, something that has not been achieved since 2000 when Jim Ronny Andersen won on home soil for Norway.

Myhre certainly has a mountain to climb to replicate the achievement of Andersen as the top half of the draw is riddled with players who will be hunting the win this week in Sandefjord. Finland’s Kalle Koljonen is the name that stands out after the Finn’s victory only 10 days ago in Hungary. Myhre is scheduled to meet the Finn as early as the quarter finals. Danes, Mikkelsen and Messerschmidt will look to exploit any weakness.

2013 winner, Kasper Lehikoinen is down the bottom half of the draw and a possible second round meeting against fellow Finn Henri Aarnio will have bragging rights attached.

While the Danes are away the other Danes will play

Denmark’s Mia Blichfeldt has won for the past two years in Norway but this year Blichfeldt and other emerging Danes have bigger fish to fry competing at the World Juniors in Peru. While Blichfeldt and Jakobsen are away Natalia Koch Rhode, Julie Finne-Ipsen and Sofie Holmboe Dahl will take up the reigns with Dahl and Rhode scheduled to meet as early as round two.

Koch Rhode, winner of the 2015 Orleans International, is the overwhelming favourite and while her Danish compatriots will test her the real threat will most likely come from Estonia’s Kati Tolmoff.

Sweden’s Myhren and Wengberg are top seeds in the mixed doubles and experience should seed the Swede’s go far this week in Norway. Russia’s Zinchenko and Morozova will test the Swedes in the top half of the draw while down the bottom young Poles Pietryja and Wojtkowska while use this week’s event as a stepping stone in the development.

Isabella Nielsen and Amanda Madsen have been knocking of the door of a circuit win over the past year. A series of quarter and semi-finals appearances plus a runners up spot in Estonia back in January has been testament to their consistency. The Danes should be there or thereabouts this week again with Russian’s Chervyakova and Morozova their biggest threats in the top half of the draw.

Finne-Ipsen and Fruergaard team up in the bottom half of the draw as Fruergaard takes a short break from her fruitful partnership with Sara Thygesen for Denmark. New Zealand poster girl Gronya Somerville and partner Setyana Mapasa have the tools to knock all the Europeans and should be in tip top shape after training with the Danish national team for the past week.

In the men’s doubles Gravholt and Overgaard will be in confident shape after their runners up spot in Hungary in their last outing and would be expected to go far again this week in Norway.

All the action kicks off on Thursday with qualification with main rounds on Friday and Saturday and finals scheduled for Sunday.

To view all the draws from Norway, click HERE