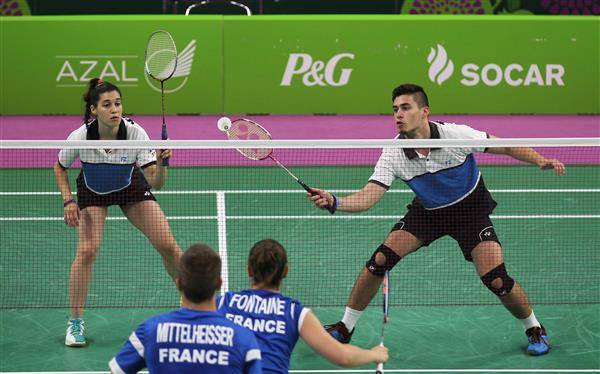 The 2015 edition of the Future Series rated Hatzor International gets under way in Israel tomorrow and represents a real opportunity for local players to test their skills against foreign opposition as well as gathering some hard earned world ranking points.

England’s Sam Parsons make the long journey as top seed in the men’s singles and it will be up to a small handful of local Israeli players, including the vastly experienced Shai Geffen, to try and stop the Englishman predicted march to the title. Hungary’s Rudof Dellenbach is seeded number two while in Parson’s half of the draw a likely semi-final against Ivan Rusev of Bulgaria will be the Englishman’s toughest test.

The women’s singles draw has a slightly more international feel to it with Zuzana Pavelkova (CZE) and Sonia Olariu (ROM) seeded one and two. Olariu will be tested as early as round two by England’s Lydia Jane Powell with the winner a potential winner come Saturday afternoon.

Greek pair Petros Tentas & Irini Tenta (pictured) are seeded one for the mixed doubles and after gaining valuable experience at the Baku Games earlier in the summer will be favourites to lift the title on Saturday.

With no qualification the action gets under way with the main draw on Thursday afternoon with the finals scheduled for Saturday.

For all the draws from the 2015 Hatzor International click HERE.