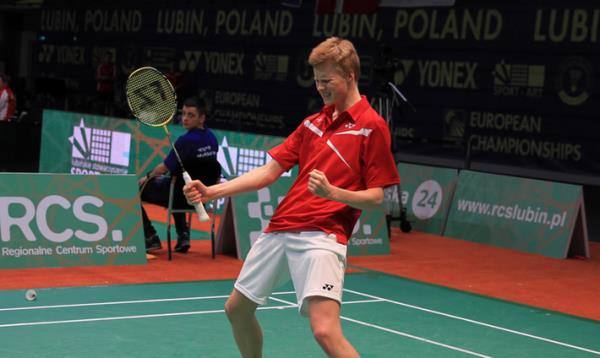 European U19 Champion Anders Antonsen (pictured), 17 years of age, won his first title at the Badminton Europe circuit as he took the men’s singles category at the 16th Victor Dutch International on the weekend in Wateringen.

The young Dane, who became runner-up at the BEC Best European Young Player Awards 2014, beat Dutch number one and hot favourite Eric Pang in Saturday’s semi-finals in twi straight games 21-15, 21-19. In the finals he won over Belgium’s Yuhan Tan 21-11, 22-20.

The women’s singles event saw Belgium number one Lianne Tan beating Soraya De Visch Eijbergen of The Netherlands in two games 21-17, 21-18. In fact it was Anders Antonsen brother Kasper who became the most successful player of the 10.000 Dollars event in the Netherlands as he won both the men’s and mixed doubles title.

Click here for full results of the 16th Dutch International.