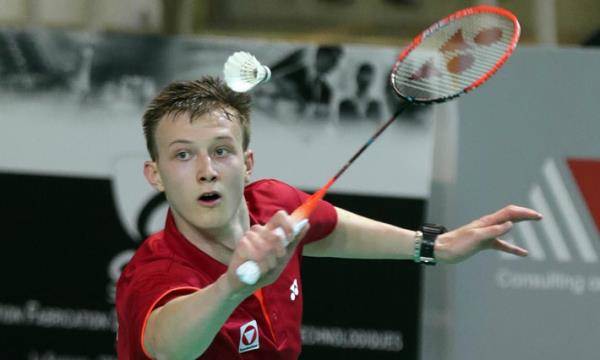 The audience as well as the players will see a new badminton hall and the test of the experimental scoring system "5×11", in which all matches will be played with three winning games to eleven points without setting.

The top seed in the men’s singles category is Austrian Matthias Almer, 126th of the current world rankings. Czech player Zuzana Pavelková, 110th in the world ranking, will lead the women’s singles field. The players from the Czech Republic are entitled to the gold medals in the men’s and women’s doubles as Pavel Florian/Ondrej Kopriva and Sarka Krizkova/Katerina Tomalova are the top seeds in their events. As well as the mixed doubles duo of Ondrej Kopriva/Katerina Tomalova.

The tournament started on Thursday at 2 pm,  with the presence of most of the local players, particularly from the junior team. Main round action will start on Friday at 9:30 am. The crowd will have an eye on the seeded Slovak players Mateja Hlinican and Jana Cinarova.

Click here for all results of the Yonex Slovak Open