Henri honing in on home win

All smiles as Smilowski and Swierczynska surge up the rankings

Henri honing in on home win 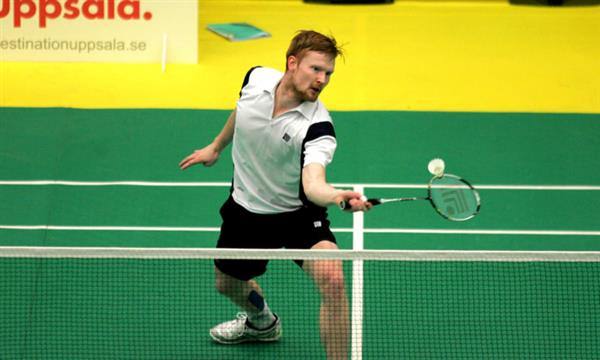 The main rounds of the 2014 Swedish Masters kicked into action today with weight of expectation on the shoulders of home town boy, Henri Hurskainen. The Swedish number one has always struggled to shine in his home event but today the 2012 European Championship runner up was on fire as he booked an expected quarter final berth.

Hurskainen got off to a slow start in the opening round hampered more in mind than physically by a niggling Achilles injury. After losing the first set to the dangerous Dane, Christian Lind Thomsen, Hurskainen bounced back to level up at one set all as he found his rhythm and more importantly realised that the injury was in no way impeding his progress.

“The injury was in my mind in the first game but once I realised it was ok I was able to increase my speed and take control of the match.” Said a happy Hurskainen.

The Swede continued where he left off in the second round destroying Scotland’s Kieran Merrilees in two quick games to set up a mouth-watering tie with last week’s winner in Estonia, a resurgent Rasmus Fladberg.

“It is nice to be in the quarter final now and a relief to get the first day out of the way which has been a problem for me in the past. The quarter final against Rasmus will be interesting as he is playing with a lot of confidence right now”.

Fladberg himself has had to put a torrid 6 months behind him after suffering an injury in training at the beginning of the season: “It was tough to deal with the injury at the time. But when I look back now it has made me realise that I must enjoy my time on court more and not take things for granted. The time off also gave me an opportunity to reflect and re focus and I have come back fresh” said the young Dane.

While Sweden’s top men’s singles player was enjoying rich pickings in the opening rounds in Uppsala, Sweden’s other podium hopefuls, Amanda Hogstrom and Nico Ruponen went out in their opening round to young Russian duo Yartzev and Kosetskaya. Ruponen and Högstrom looked completely off the pace throughout the match and even a late rally winning saving five match points was not enough as the Russians took the match with a 22-20 win in the second game. 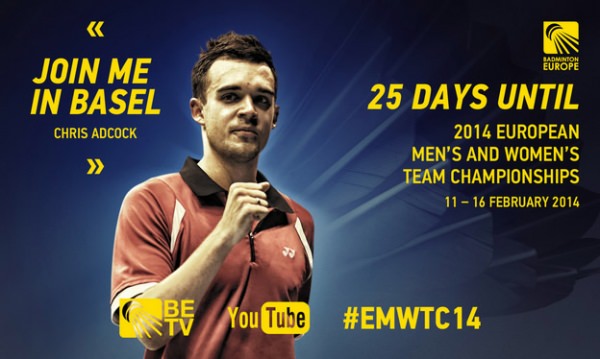 There was some joy for the Swede’s as Lennartsson and Nordh came through an exciting second round encounter with up and coming English duo Coles and Lim. The experience of Lennartsson was key to the victory and the 22-20 victory in the deciding games sets up a much anticipated quarter final encounter against one of the tournament favourites Arends and Piek from The Netherlands.

Nedelcheva roles back the years

Bulgaria’s Petya Nedelcheva looks to be finding some singles form once again after parking her doubles relationship with Imogen Bankier until the Commonwealth Games in the summer. The Veteran Bulgarian was in ruthless form in today’s opening rounds only losing a total of 28 points in her four sets on court.

It was a day when all the big guns eased through in the women’s singles draw with Gilmour, Zetchiri, Kjærsfeldt and the new tournament favourite Stefani Stoeva cruising through to the quarter finals. England’s Sarah Walker is the only unseeded player left in the draw and the Englishwoman is clearly enjoying her time in Sweden.

“It was a good day today for me and to come through both games in two sets was a bonus. I want to perform well her this week to claim my place in the England squad for the European’s in Basel as I love team events to that is a big motivation this week”.

All the action is LIVE on Badminton Europe’s Youtube channel. Login and watch for free by clicking HERE

Article and Image by Mark Phelan (Live in Uppsala)