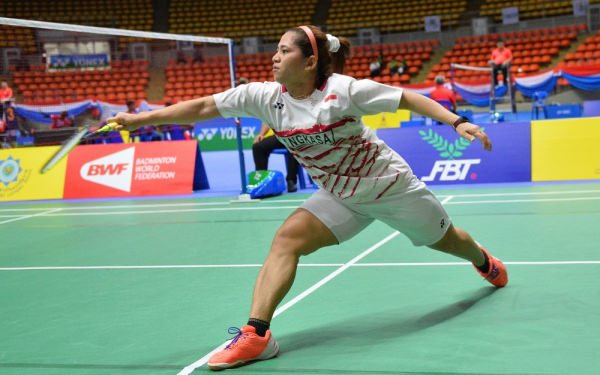 Hong Kong’s Wong Chun Yim (featured image) scored a major upset at the Thai Para-Badminton International 2018 when he got the better of World champion Jack Shephard in the SS 6 Men’s Singles final on Sunday.

The top seed from England was upstaged 21-14 21-14 by the 3-4 seed from Hong Kong in the Short Stature category. Second seed Krysten Coombs (England) crashed out in the quarter-finals to India’s Naga Krishna, who was in turn beaten by Wong 21-18 21-15.

Indonesia’s Leani Ratri Oktila completed a three-gold haul, winning her singles, doubles and Mixed Doubles events in straight games. Oktila claimed the SL 4 (Standing Lower) Women’s Singles title with a quick 21-2 21-12 result over France’s Faustine Noel. She then teamed up with Hary Susanto for the SL 3 – SU 5 Mixed Doubles, and they held off compatriots Fredy Setiawan/Khalimatus Sadiyah Sukohandoko in the closest match of the day: 24-22 17-21 23-21. 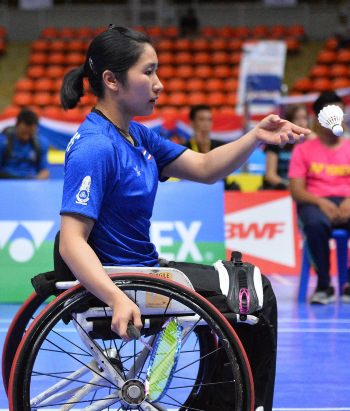 Another exciting encounter was the WH 2 (Wheelchair) Women’s Singles final between Japan’s Yuma Yamazaki and local hope Amnouy Wetwithan. Yamazaki staged an escape act from 16-20 down in the third to win the match 22-20 17-21 22-20.

Wetwithan gained consolation by winning the WH 1 – WH 2 Women’s Doubles final with compatriot Sujirat Pookkham over Sarina Satomi and Yuma Yamazaki 21-16 21-13. Pookkham returned with a double, as she had earlier won the WH 1 Women’s Singles over Japan’s Ikumi Fuke 21-7 21-10.

“I feel great and proud of myself,” said Pookkham. “I am able to keep my spot as the world’s top ranked player. This tournament is held in my home country so I am grateful to get a lot of support from the crowd here and my family members as well.”

Korea’s Kim Jungjun continued his dominance of WH 2 Men’s Singles, but it was a tough contest against Hong Kong’s Chan Ho Yuen. The top seed edged past his challenger 27-25 18-21 21-16. 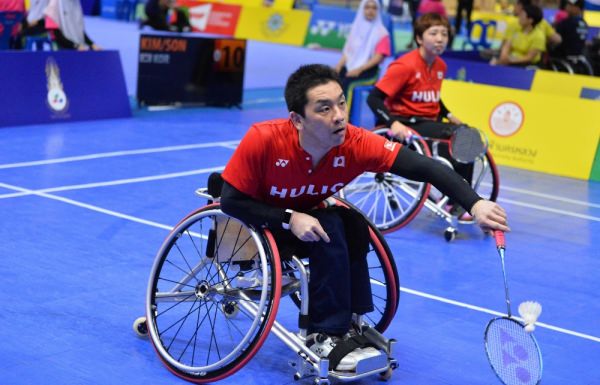 “Jungjun is such a good and strong player, he can return almost every shuttle you hit at him,” said Yamazaki. “But this time I was able to execute my shots well and I am delighted to have won the match.”

“I won this title here last year so this win makes it two in a row. I’m delighted and it’s a proud moment for me. I’m not 100 percent satisfied with my performance, maybe just 70 percent,” said Lee Dong Seop. 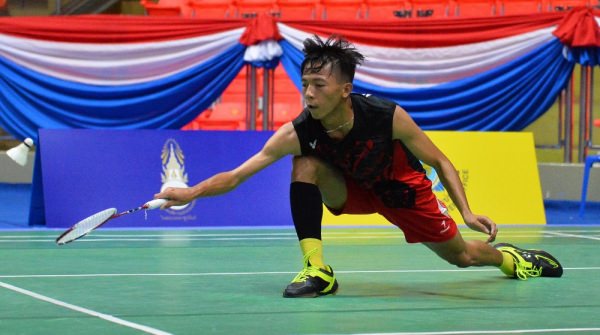