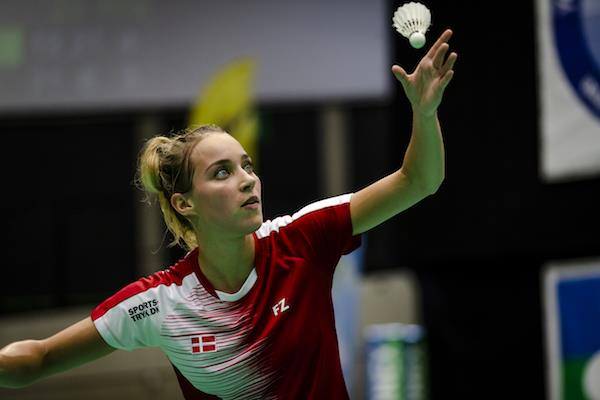 Danish women’s singles Amalie Hertz struggled in the first game against Latvian Ieva Pope but the World number 139 is ready for the main draw at Belgian International.

Amalie Hertz lost the first game against Ieva Pope 21-18, but in the second game the Dane was in control winning 21-8. Hertz, who won the first two match-ups against Pope did what was expected of her in the third gaming winning 21-9.

— She played very well in the first game. I struggled a little finding the court and I was moving too slow. I got the spirit back in the second, so that was nice.

Hertz will play Ayla Huser from Switzerland in the first round of the main draw on Wednesday.

Attacking Marran
Kati-Kreet Marran is also ready for the main draw. The Estonian World number 146 won her match against Dutch Chloe Mayer 21-17 21-19 and is ready to play Mette Poulsen from Denmark on Wednesday.

— I felt good on court today. My attack was good, and I have also been working on my defence, so that felt good too, Marran says.

— I hope I can play a good match tomorrow, but it will be tough.

See all the results from Belgian International here