Draw at the “Clash of Singles”

Draw at the “Clash of Singles” 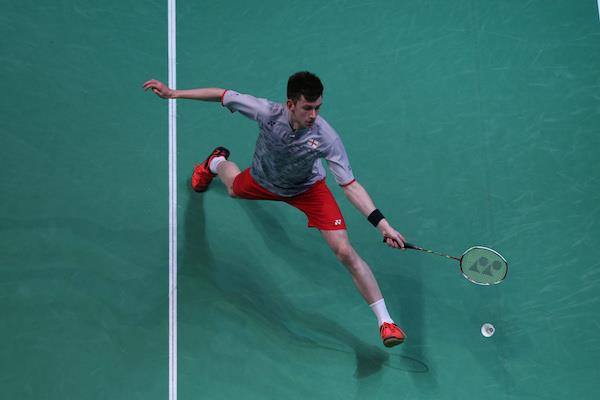 Four European vs. Asia head-to-head was the schedule for the semi-finals at the singles categories at the Belgian International.

That were the four singles semi-finals at the YONEX Belgian International 2018 and looking at the results it was a draw.

Injury and running around
In the women’s singles category Irina Andersen had to withdraw due to an injury while Soraya De Visch Eijbergen lost 23-21 13-21 7-21 against Das from India in a match lasting 52 minutes.

— I had a good tactic in the first game, but in the second game I changed, which means that we ran around on the court, stupidly, and I at the end of the second game and in the third I did not feel so fit, De Visch Eijbergen says.

Big winners
Toby Penty won in straight games against Chieh from Chinese Taipei. Penty, who is seeded three in the tournament won 21-17 21-19 and he hopes that his name will be added to the list of winners of Belgian International.

— You feel like everybody is a bit more on their “a game” here. Belgian International is one of those tournaments that has a bit of extra prestige, Penty says.

— Look at the previous winners, Momota, Antonsen, Vittinghus. I am happy to be in the final, and it would be nice to see my name on the list.

European matchup awaits
In the final on Sunday Penty will be playing Danish Victor Svendsen. They recently met at the Spanish Masters – the result was a win for Penty 21-12 21-11.

— I am the underdog. I have nothing to lose. I will bring max power to the game and I have to stay positive. I want this but I also have to accept, that he is playing good, Svendsen says.

See: All results from the Belgian International 2018