Back-to-back titles for Piek and Arends 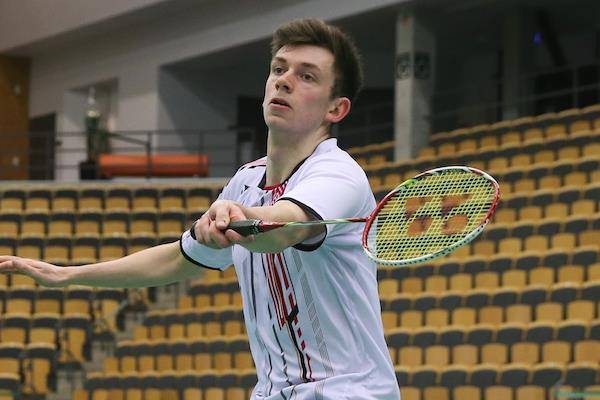 Toby Penty is the first English men’s singles player to claim the title at Belgian International since 1985.

The list of names is long when you look at the winners of Belgian International. The list of English winners became a bit longer this Saturday in Leuven. Toby Penty is now the defending champion.

Penty won the thrilling final 21-13 19-21 21-19 against Danish Victor Svendsen and after the match Penty admit that during the match he was not sure, he could win the title.

— It was a tough match. A lot of up and down moment. I fought in the second and third set I was out of them quite a lot but I am just happy I battled back and won.

Doing something right
In 1985 Steve Baddeley won the title in Belgium. 33 years later Penty was collecting the price money.

— (Being the first Englishmen to win since 1985 means) that I am doing something right. This is a big tournament on the European circuit and to have my name with some of the guys who have won it hopefully is means for me progression that I am moving forward now.

— It will make me sleep easily tonight knowing I am in good company.

Totally disappointed
Victor Svendsen on the other hand might not sleep that well tonight.

— I am totally disappointed. I was so nervous. I know what this could be. I tried too much. It was not good enough, Svendsen says.