Final in first tournament for Danes

Svendsen gets job done despite distractions

Final in first tournament for Danes 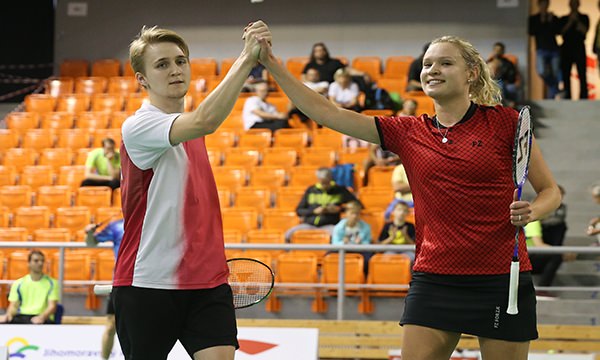 Ditte Soby and Jeppe Bay came to Brno with few expectations given this was their first tournament together as a pair. Two days and four matches later he newly formed Danish duo are in the final after taking down some tough opposition along the way.

The Danes beat last weeks winners from Polish International Jakub Bitman and Alzbeta Basova in round one and in the quarter final beat second seeds Mikkelsen and Surrow, both matches going the three set distance.

In this evenings semi final Soby & Bay beat one of the rising pairs of European badminton Adam Hall and Julie Macpherson in yet another three set battle to set up a final against top seeds from France Ronan Labar and Audrey Mittelheisser.

-It has just got better as the matches go on said Bay after their semi final win.

-Tomorrow we go into the final with no pressure and we plan to enjoy the moment and who knows what may happen. 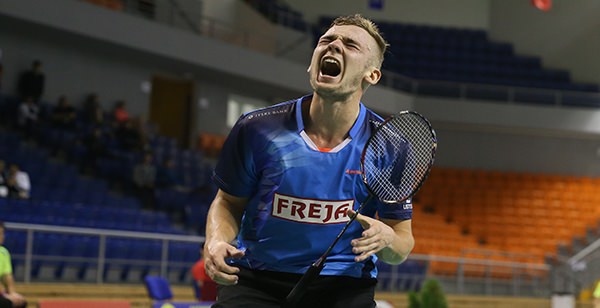 Victor Svendsen (pictured above winning his semi final) has proven to be one of the most consistent performers on the European circuit this past 12 months. A runners up spot two weeks ago in Belgium highlights that consistency and the Dane has brought that form to Brno this week also.

After a slow start to the tournament Svendsen wasted little time beating Thomas Rouxel in today’s semi final to set up a final against another French man Toma Junior Popov who celebrated his 20th birthday today with a semi final win.

-The tournament has got better with each match and I am really enjoying my court time now. Thomas is a tough opponent but I got the better of him today in the flat play. If I am favourite tomorrow that is ok as it really does not bother me. I will just do my best to win and we will see after that.