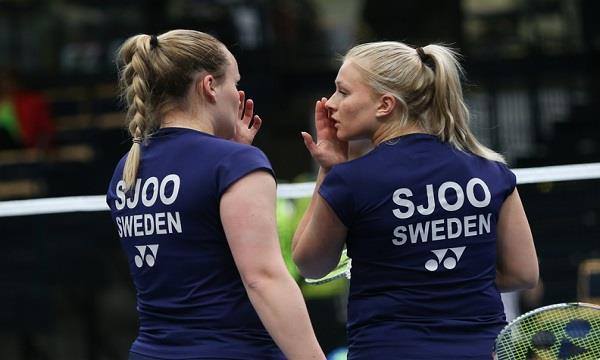 Sofia hosted the Bulgarian International, which commenced with three Bulgarian number one seeds hopeful on winning on home soil. However, there were a few surprises along the way, with a few emerging names leaving their mark on the European stage.

In the Men’s Singles, Sweden’s Albin Carl Hjelm, who had to get through 3 matches in qualification, defeated number one seed Ivan Rusev of Bulgaria in a gruelling 3 game match in round one. Hjelm then progressed through the tournament and was ultimately victorious in the final, by defeating the number two seed from Ukraine, Kyrylo Leonov, in yet another tight 3 game match.

Also from Sweden, and also unseeded, Women’s Doubles pair Moa and Tilda Sjoo made very short work of their route to the title. Beating the number one seeds from Italy, Silvia Garino and Lisa Iversen along the way.

It was in the Mixed Doubles where Bulgaria cheered home success. Alex Vlaar, who was runner-up in the Men’s Doubles, and Mariya Mitsova delivered a solid performance, not dropping a game in their title winning run.