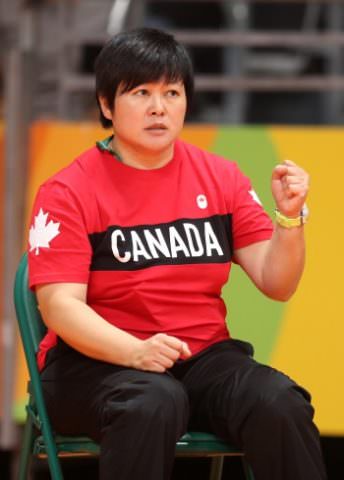 The success of Michelle Li, Canada’s most successful contemporary Women’s Singles player, is remarkable given the constraints she has had to face. Over the last few years she has travelled the circuit on her own, unlike most of the other top players who are part of teams with coaches, practice partners and managers. 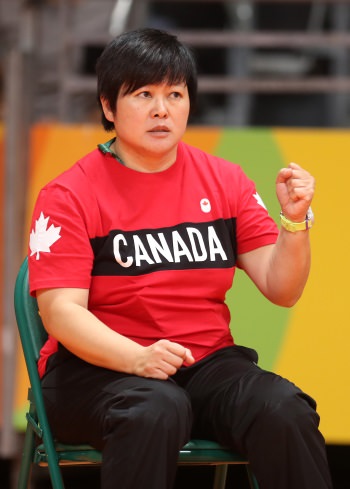 The key figure behind the recent Macau Open champion’s success is her coach Jennifer Lee (featured image), who spotted her talent and groomed her into the player she now is. Lee was the earliest badminton coach in Canada to convert a warehouse into a badminton facility; the model has since become popular, with a number of academies sprouting up in former warehouses.

Despite their training base being in Markham, far from the elite tournament circuit and at which Li can only train a few months a year, Jennifer Lee has evolved a system that has worked well despite the challenges. Excerpts from an interview in Markham, on the sidelines of the LI-NING BWF World Junior Mixed Team Championships 2018:

When did you first sense that Michelle was special?

I started to coach her when she was 15. We didn’t know how far she could go. Once we asked her to run on the treadmill and she fell and she started bleeding. One of my coaches told me she didn’t cry, she just went back on the treadmill and started running again. This is the reason I paid more attention to her, because it showed her mental toughness.

Did you imagine then that she could become a top-level player?

Yes, I could see that. But once she turned 17, she had to take the decision of whether to turn professional or go back to school. Her parents didn’t want her to become a professional player.

I told her parents that we could let her play four international tournaments and take a decision based on her performance. I took her to watch the All England after which she played a Mixed Doubles event at the Swiss Open. I took her to observe the players and asked her if this was the life she wanted, and she said yes.

She did well in the four tournaments – she finished second in two of those and the quarterfinals of the other two. I thought then she could go for it. 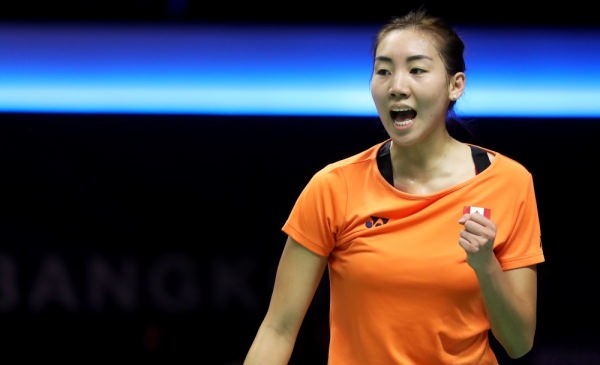 Michelle was possibly the only top Women’s Singles player, apart from USA’s Beiwen Zhang, who didn’t have a coach in her corner. How did she manage, when all the other players had someone to turn to for advice or practice during tournaments?

I have travelled with her for many years, and I’m familiar with many of her opponents. We have a quick system in place. Players from some countries have particular styles. We cannot repeat tactics though, because her opponents are also changing their tactics. Since April last year she has had a travelling coach, because she felt she needed someone to practice with at tournaments. 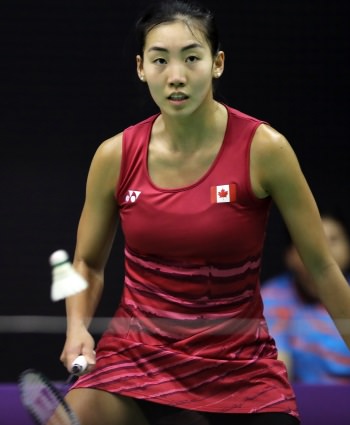 Given that her opponents are training in national camps with high quality sparring, how do you manage without those resources?

It’s very difficult. In the past, we used a couple of doubles players. The key thing is quality of feeding, so sometimes I have to stand on a box, I try to feed those quality shots that she faces against top players. She has had a travelling coach since last April. She needed a person to travel with her and practice with at tournaments.

Michelle had a couple of surgeries after the Rio Olympics. How difficult was it for her to get through that phase?

She’s very tough. She can handle pain. By the time we had her foot checked, the bone in her toe had cracked. I never saw her cry or say she wanted to stop. She had a faint crack in the little toe before she went to Rio, but we didn’t know that. When she got back, she did an X-ray and we found it was a deep crack.

When she’s back (from the Hong Kong Open), we will have a discussion. Her endurance has to improve, her tactics have to be more detailed. Strategy-wise, we have to get into more detail. I’m confident that she can move up to the top five.

Women’s Singles is the most competitive of the five categories. Tai Tzu Ying is hard to beat, she was born with skill. Carolina (Marin) is very strong, very muscular. They do a lot of strength conditioning. Nozomi Okuhara and Akane Yamaguchi have a lot of endurance. Michelle has to keep on changing, otherwise she cannot match up.

You started your badminton academy in a warehouse. How has badminton in Canada grown since then, and is there a fresh line of upcoming players?

I moved to Toronto in 1989. In those days badminton was not popular here. When I wanted to rent the warehouse, the owners didn’t see that the business would pay the rent. I started with a few courts and then expanded. Now there are 20 clubs around my center. The sport got popular and in Markham this Pan Am Center (venue of the World Junior Championships) came up.

There are a few promising Women’s Singles players. I’m trying to convince their parents. The kids want to play professionally. Hopefully we will have some who will qualify for the 2024 Olympics.