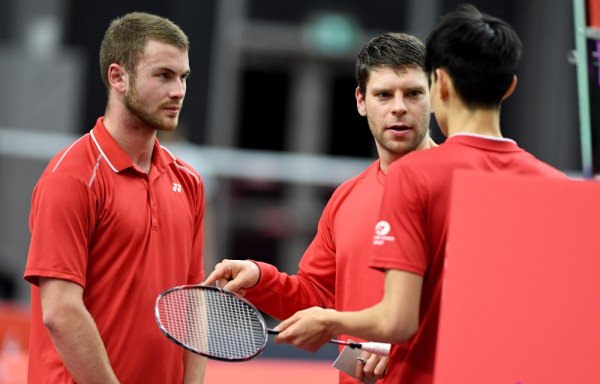 Not so long ago, Michael Fuchs recalls, he was an impatient player in many ways. Now, as a coach, he’s discovering reserves of patience in his personality.

The former German doubles international has been in charge of Switzerland’s national junior programme for just over a year. It’s a different path from the one he seemed headed for – Fuchs was rather unique as a top-level player pursuing a PhD, and with his playing career concluding not long after the Rio Olympics, an academic career beckoned.

But then he got an offer from Swiss Badminton to work as Sports Director; shortly thereafter, he took up assignment as national coach for the juniors.

“My plan was to finish the PhD but then the opportunity opened up in Switzerland and I decided to take that up,” said Fuchs, when BWF caught up with him at the recent LI-NING BWF World Junior Championships 2018. “When I started working for the federation full-time, I tried to finish the PhD, but to do it on top of a full-time job wasn’t possible. I didn’t get anything done in the first year, so I quit. I’d invested time and energy and to leave it unfinished was not easy.”

Fuchs had a eventful career in Men’s Doubles and Mixed Doubles. With Ingo Kindervater and Oliver Roth, he reached European Championships finals in 2010 and 2012, while in Mixed Doubles, Fuchs and Birgit Michels made three Superseries finals – in 2010 (French Open) and 2014 (Japan Open, Australian Open). Among his biggest achievements was helping Germany win the European Mixed Team Championships in 2013, when they beat Denmark in the final. 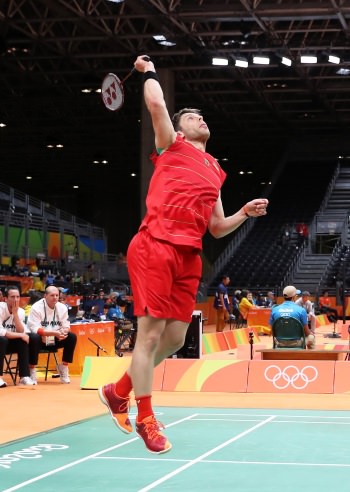 How difficult was it to pursue a PhD while playing elite badminton?

“I never did the research full time, but was always playing or working for the university in 2013. We had some good years (as a player), and of course I had to balance my workload in the university and my badminton, which had the top priority of course.

“It took quite some discipline. You have to use your spare time. As a player it’s a full-time job. It does take some time away from your recovery; on the other hand, it balances – I had the impression I was doing something useful, and not just watching TV or whatever. I was interested in the topic. Of course it was work, but I was interested in it, and it was more or less what I was curious to find out.

“It was a recovery project and I was working on the sleeping part. In high performance sport if you get small improvements with easy things, that’s a big thing. Like if you get an extra 30 minutes of sleep a night, that can have a huge improvement on your performance. I collected all the data and put some work on the data as well.”

Asked about his new career, Fuchs seems almost relieved to stop dwelling on the unfinished PhD. How different is the feeling as coach, compared to that as a player?

“As a player it was easier, because you just had to worry about your own match, then you went back to your hotel, or relaxed, did some physio, or whatever. And now, I really have to look out after the whole team. I try to help them… get some food for some players, arrange physio for some others, videotaping for yet others… it’s a lot more than just your own performance. It’s very different and it’s interesting. Probably the biggest difference is that you’re the first one to come to the hall and the last one to leave it.

“I always try to tell them – we all want the same thing, basically. We want them to become as good as they can be. We’re having the same goals. Sometimes it happens that I’m even more patient than the players. Because they think they did this (certain technical training), and it has to work. And being an impatient player in many ways, I know it’s not easy to change certain technical things, like some issues with your footwork or whatever, it takes time. Thanks to my experience as a player I know it takes time, and my players get more impatient easier than me sometimes. 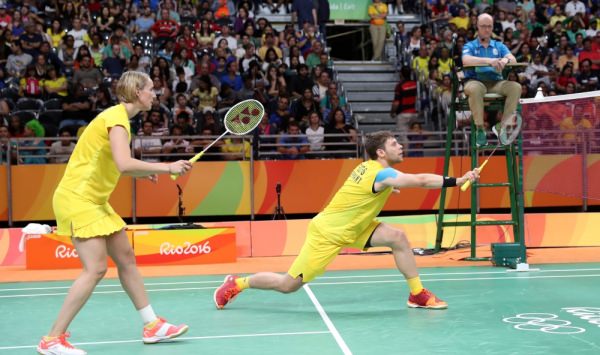 “I really enjoy the experience. I like my work, I’m happy to be involved with badminton and be able to tour a little bit, and see the players develop a little. I’m really happy for them when they win, especially those who put in the extra work. We have a strong age group. We had some good results in the World Juniors last year. I hope we can progress and continue to get some good results. For Europeans it’s hard to win medals at the World Championships. We have to try to get results at the European level, and we’ll try to develop those players as a first step.”

With the World Championships in Basel next year, what would it mean for badminton in Switzerland?

“It’s a big motivation for our elite players. It’s a small country, it’s not far for parents and friends to watch. It’s a huge motivation for all of them. Since we’ve already started with promotion, it’s at the back of everybody’s mind.”