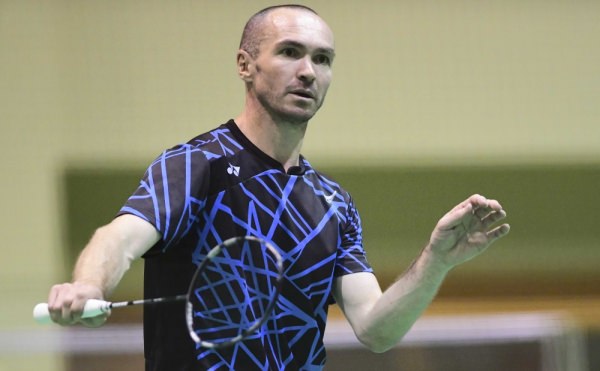 Davis (featured image) beat Duke Trench-Thiedeman 15-21 21-13 21-11 in Group A of the Men’s Singles Wheelchair WH 1. He then partnered Grant Manzoney and the duo got the better of Thiedeman and Douglas Youlten 21-7 21-6. The Oceania Para-Badminton Championships is the region’s first continental championships.

Davis returned for his second Group A match against Pradeep Hewavitharana and completed victory in 27 minutes, 21-16 21-11. In the last match of the day, Davis and Manzoney beat Michael Colin Mcdonald and Daniel O’Neil 21-8 21-4.

At the end of day one, Australia led the way with home players topping the table in each category. Richard Davis celebrated his success following a solid performance:

“I’m really happy with my performances! I had to fight in my first singles match which went to three games but eventually found my form to win both singles and doubles matches. I have one match left in each discipline tomorrow and hope to continue my winning streak and secure a gold medal!” said Davis.

“We worked really well together as a pair this morning and I am extremely happy to have won both matches,” said Dransfield, after winning the second match. “We hope our winning streak continues into tomorrow as I hope to win gold!”