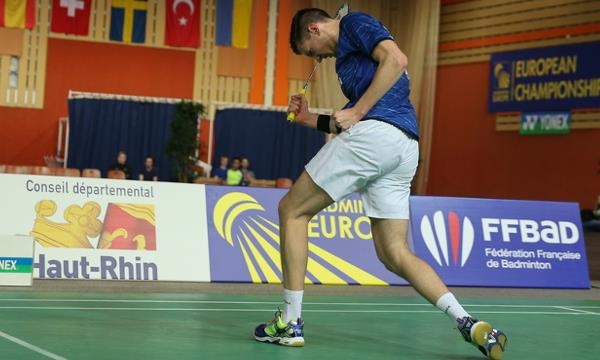 The European Badminton circuit has started absolutely wonderful! The Estonian international 2019 was a memorable tournament with youngsters taking their chance to shine and recovered players making a major comeback!

The men’s singles final was the perfect example of were two young players stunned everyone in the Kalev sportshall. Arnaud Merkle (France) and Joran Kweekel (The Netherlands) both fought their way from the qualifications into the finals. In the end, it was Merkle who eventually claimed the victory after this great run.

Despite losing the final, Kweekel is very positive about his performance.

— I had a super amazing experience at this tournament with a lot of good players!

Read: Cristian Savin: It’s a good experience for me

— It already started in qualification where I surprised myself with an easy victory over Ditlev (Holm, Denmark). The next day we knew I have a chance against everyone if I play a good game, so that is how I put my mindset.

— After being close a few times, I finally managed to beat a strong player! The rounds after I kept on playing my good game and that is how I reached the final!

— It was such a great feeling to be in the final. Now I want more!

Find all the matches and the result of the Estonian International here.