— I just wanted to have a good match 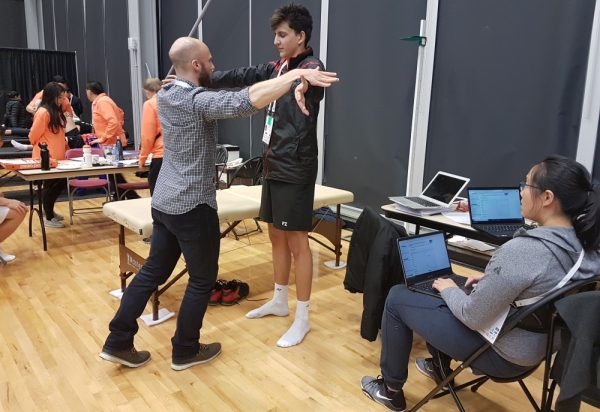 The prevention and management of injuries has been a long-running concern for badminton players. BWF’s Global Health Badminton Study, which was rolled out at the World Junior Championships in November last year, is expected to throw light on the common vulnerabilities of badminton players, and to help them prepare better against the future possibility of injuries.

The study, initiated by the BWF Sport Science and Medical Research Commission, covered 285 players from 39 countries at the World Junior Championships in Toronto. The players were physically assessed on various parameters after filling a questionnaire on aspects of their playing history and fitness routine.

The data will be valuable for analysis and future reference, while the tracking of players over time is expected to provide correlations between certain injuries and past physical condition.

The study in Toronto was conducted by researchers Steve Kerr and Niels Christian Kaldau with the help of two assistants, and facilitated by BWF Development Manager Rodrigo Pacheco.

“The study is in two main parts,” said Steve Kerr (featured image, right). “We have an online questionnaire where we ask players about their playing history, how many hours they played, their different age groups and whether they have had past injuries and whether they have a current injury. We also asked them about their sleep behaviour because you know from other sports, sleep is of importance in relation to overall health and well-being.

“The second part of this study is the physical examination. We are looking at range of motion, of the shoulder, the hip and of the ankle and some other tests as well to give us some information about the integrity of the shoulder and the hip.” 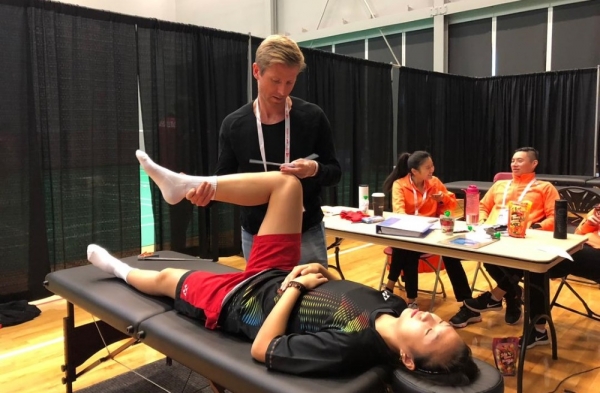 Kaldau, a former Danish international player, emphasises the usefulness of tracking a player’s physical condition over longer periods of time.

“We will have to analyse it and make a report and make scientific papers for some international journals so that we can spread the information.

“In general we see that most players are flexible in their external rotation but have a deficit in internal rotation, and it means that they might have a range-of-movement deficit and it can be linked to injuries. We have seen that in other sports. At least we can tell the players, maybe you should work on that. For instance, when I’ve seen players with impingement pain in the hip for longer periods without getting rid of it, I tell them it’s important they go see an orthopaedic surgeon, because they might have a condition called FAI – femoroacetabular impingement. It’s a condition that needs to be treated early before it evolves. You need to follow it so it doesn’t evolve.”

BWF’s aim, Pacheco said, was to promote the long-term health of players.

“At the end of the day, BWF is very much concerned the health of badminton players and of course we want to help them have a long career in the sport. With the information we are collating, what we aim to do is to build up strategies and initiatives to try and prevent, when possible, injuries in badminton.”