Burestedt and Christophersen beaten by Japanese

Burestedt and Christophersen beaten by Japanese 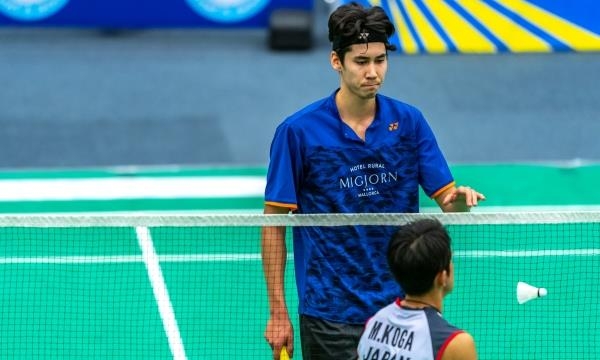 Felix Burestedt and Line Christophersen are out of the RSL Swedish Open. Both lost to strong Japanese opponents in the quarterfinals of the tournament.

Felix Burestedt and Line Christophersen have some things in common: Both of them are playing in the Singles category and both are currently living in Denmark.

Now, the Dane and the Swede have one more thing in common: They were knocked out in the quarterfinals of the RSL Swedish Open 2019 by losing to Japanese opponents.

In the quarterfinals of the tournament, Christophersen had to face Hirari Mizui from Japan on Saturday.

The duel between the Dane and the Japanese was the first meeting in history. After a close match drama in three games, Christophersen had to accept a defeat (17-21, 21-18, 18-21). The match lasted for more than one hour.

— I knew that it would be a tough match, Line Christophersen said after the match.

Straight after Christophersen’s quarterfinal match, Felix Burestedt’s third match in Lund took place on the same court. He had to play against his Japanese opponent, Minoru Koga.

For the Swede and the Japanese, it has also been the first time against each other on court. The result after 56 minutes: 17-21, 21-6 and 6-21 for the Swedish CoE player.

The semi-final matches of the RSL Swedish Open will get underway today, at 5.00 PM (CET). Find all live streams, interviews and highlights in the ‘Badminton Live’ app!