Para Badminton Gets Further Boost With Inclusion at Paris 2024 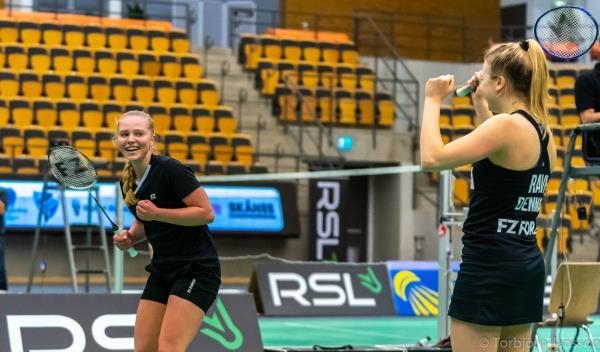 On Sunday, the finals of the RSL Swedish Open 2019 got underway in Lund.

In the categories of the Women’s Doubles, the defending champions Emma Karlsson/Johanna Magnusson had to face their neighbors, Amalie Magelund and Freja Ravn from Denmark.

The Scandinavian duel ended with a victory for the Danes. Amalie Magelund/Freja Ravn were able to achieve their first senior level title after three tough games.

— We are very happy to win today. Now, we want to get more experiences at senior level, Amalie Magelund told Badminton Europe after the match.

Another Danish pair that won the title in Lund on Sunday, is Lasse Mølhede/Mathias Bay-Smidt.

— We were in a really good shape here in Lund. We improved our game and hope to take this to the next tournaments that are coming, Bay-Smidt said.

Earlier, Mai Surrow and Mikkel Mikkelsen had to accept a defeat against their Singaporean opponents, Danny Bawa Chrisnanta and Tan Wei Han.

— We had very strong opponents today, Surrow said after the match.

— We will come back stronger, as we have a lot of tournaments ahead of us till summer, she added.

These are the final results of the RSL Swedish Open: