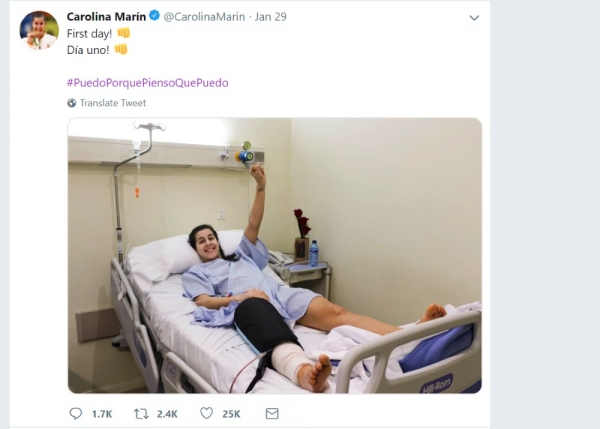 Injured Olympic and world champion Carolina Marin will take around six to seven months to return to competitive badminton.

Marin suffered an anterior crucial ligament (ACL) injury in her right knee during the women’s singles final against India’s Saina Nehwal at the DAIHATSU Indonesia Masters last Sunday. The Spaniard was leading in the first game when she leaped sideways for a shot and her right leg gave way on landing. She collapsed in pain and retired from the match shortly after.

Marin underwent surgery soon after flying back home. Her manager Ignacio Paramio confirmed that the surgery had gone well and that the medical team anticipated six to seven months for full recovery.

“The surgery was great. She doesn’t have any problems with her meniscus or cartilage. She is now at home and she will start the recovery soon,” Paramio said in a text message. 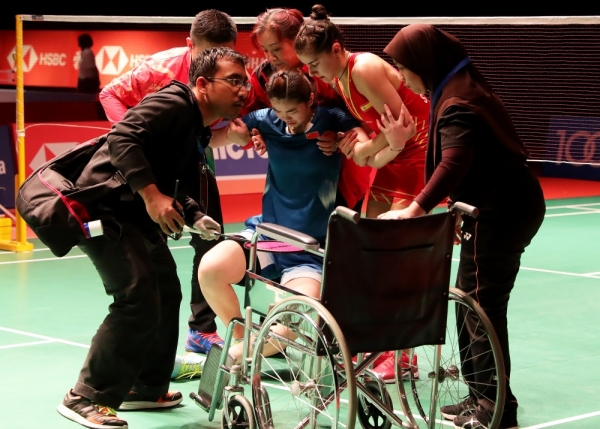 Meanwhile, another women’s singles player who suffered a serious injury recently – China’s Gao Fangjie – will also be out of the game for a few months. Incidentally, Gao was playing Marin at the PERODUA Malaysia Masters the week before the Spaniard injured herself. Gao damaged her achilles tendon in the left ankle and had to be wheeled out of the court. Her surgery was conducted in Malaysia before she flew back home to China. She has now started her recovery exercises.