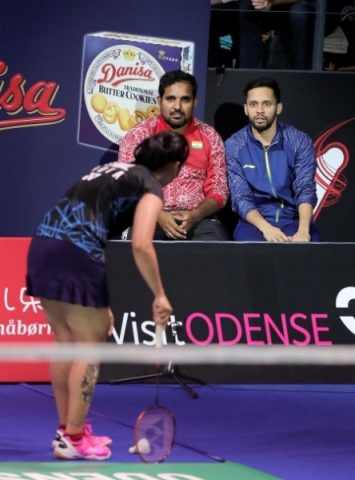 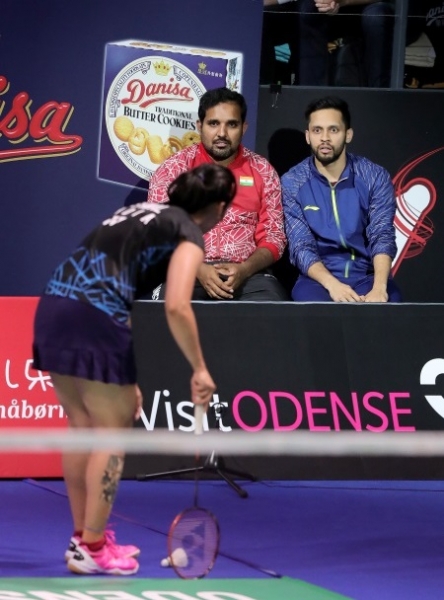 It’s early days yet, but Saina Nehwal is noticing significant improvements in her game since fellow-player and husband Parupalli Kashyap started working with her late last year.

The Nehwal-Parupalli partnership is a unique sight in badminton: both elite singles players, they are now frequently seen in the coach’s chair during matches, helping each other with insights or admonitions.

For Nehwal, Parupalli’s coaching inputs have worked wonders as she began her 2019 season in the best way possible – recovering from an ankle injury in December, the world No.9 made the semifinals at the Malaysia Masters before claiming the title at the Indonesia Masters the very next week.

“I feel, from before the Asian Games to now, although I’m not fully fit, the results are extraordinary,” Nehwal said at the Malaysia Masters. “I feel there’s a lot of change in my game. I can see that, (comparing) with all the top players, the margin is very less.”

It was during Parupalli’s recovery from a back problem before the Asian Games, Nehwal says, that he suggested he could help his then-fiancée clamber back from a demoralising loss – a 21-6 21-11 rout by Carolina Marin in the quarterfinals of the 2018 World Championships.

“The way I lost to Carolina at the World Championships, he wasn’t happy,” recalls Nehwal. “I was training hard, but he was asking what is it that is not helping me beat other players; he thought he could give me inputs or help me out in practice sessions. It’s about particular types of training; not just pushing hard at everything.

“I requested him to sit (in the chair). Earlier I used to be someone who didn’t need much coaching from the outside, but after my (knee) surgery I feel I’ve become a more moody type of player, who needs to be boosted. I know I’m getting irritated on some points. But he’s helping me come out of that situation – sometimes in a good way; sometimes in a bad way. If the good way is not happening well with me, then he shouts at me. I know it’s for my own good, but it pinches me at that point of time and I get that bit of… (motivation). So I need it now. On some points I’m doubting myself, which was not there before.” 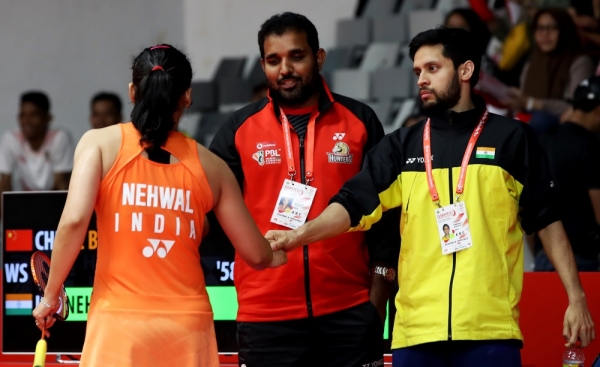 ‘I would say more than his matches, he’s thinking of my matches,’ says Nehwal.

Parupalli and Nehwal have known each other since their junior days. They trained at the same academy and rose up into the elite ranks together. Their marriage on December 14, after a 14-year courtship, seems to have aided their respective careers as they get to spend more time together discussing the sport.

“We require that input, it’s always helpful,” said Parupalli, who has been looking to regain the kind of form he had in 2012 and 2013, when he was in the top ten. “She’s a top-level player. I’ve played in the top ten, so I can advise her; she can advise me. It’s good for both of us. 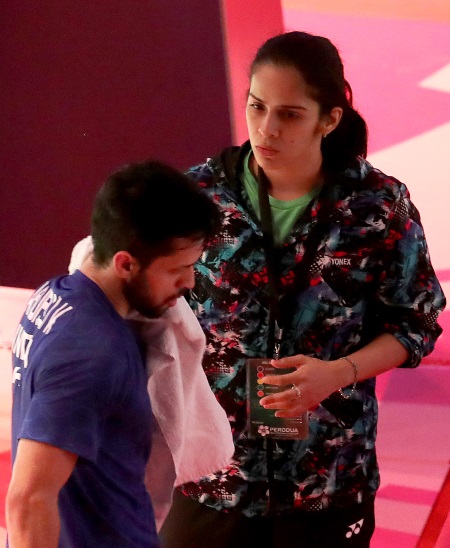 Nehwal has also helped Parupalli Kashyap as a coach courtside.

“It’s motivating; she’s there to support me. She has her own views. As a men’s singles player, I think I can advise her on some points, and vice-versa.”

Badminton has a history of romantic relationships within the sport – many have led to marriage – but it is unheard-of for active top-level players to sit courtside for their partner’s matches.

Parupalli asserts that his own match preparation still remains the same: “Nothing changes, you prepare the same way. But there’s another mindset involved in the match, so she can give her inputs.”

“It depends how free he is, but I would say more than his matches, he’s thinking of my matches. I know it’s helping him release his tension as well, because I know how much pressure is there in men’s singles, it’s higher than in women’s singles,” says Nehwal.

As public figures in India, marriage has eased their proximity to each other, and that has helped on court.

“It’s much more easy to communicate and be together and as far as career is concerned, to read matches freely and roam around together,” says Nehwal, “We talk about matches 90 per cent of the time, there’s nothing else to talk about.” 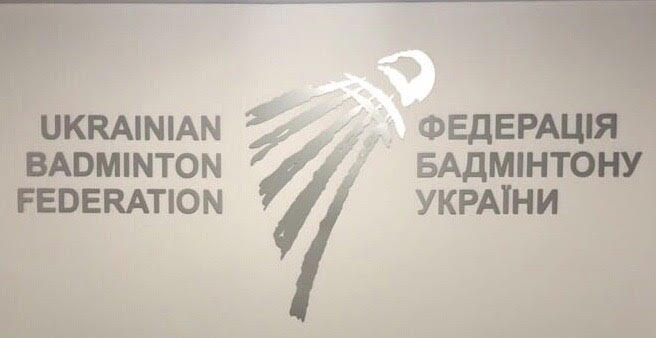