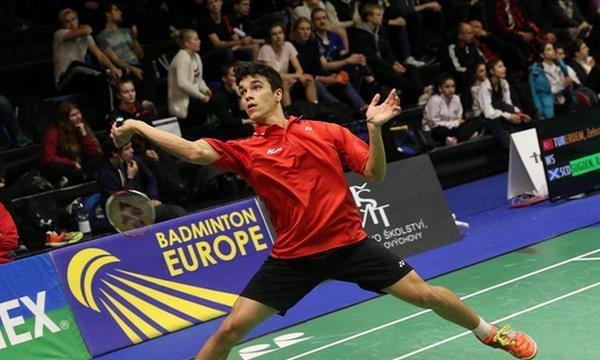 There was some joy for the home crowd as Spain’s Tomas Toledano won the XIII Iberdola Spanish Junior International last week.

The Men’s Singles U19’s star beat his fellow countryman Marc Cardona after two, back and forth tight games both ending in 21-19 wins for Toledano.

The Women’s Doubles also brought some joy for Europe, with the French duo of Flavie Vallet and Emilie Vercelot coming out victorious over their compatriots Romane Cloteaux-Foucault and Charlotte Ganci.

Falling at the final hurdle

There was less luck however for a number of other European players in Spain, where a number of players lost out on finals day.

Povanon then went on to beat Belgium’s Clara Lassaux in the U19’s Women’s Singles final whilst Arriyabareneekul teamed with Woraphop Chuenkha (Thailand) to defeat the Spanish pair of Ernesto Baschwitz and Toledano in the U19’s Men’s Doubles Final 21-16, 19-21, 21-14.

Check out the full results from the Spanish Juniors here

As for the Yonex Italian Junior, which was held in Milan over the last week, there were no European players that even made it to finals day.

Instead it was a day of complete domination for China who held both the runners up and winners of each category in Italy, to continue their dominance on the U19 circuit so far this calendar year.

The Spanish duo of Cardona and Miguel San Luis were Europe’s closest challengers but lost comfortably in the Semi Finals to the top seeds Di Zijian and Wang Chang (China).

Check out the full results from the Italian Junior Open here