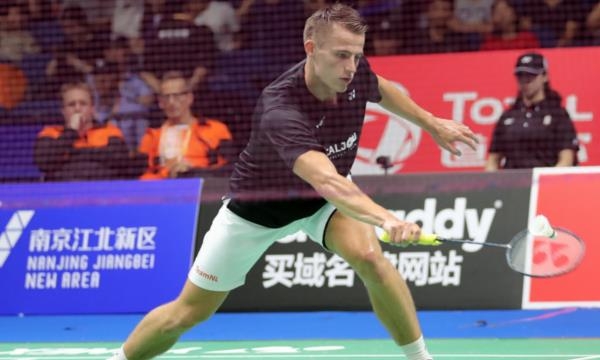 The Austrian Open 2019 has come to an end. Remarkable were the titles young Chinese players claimed in their first senior year. Also remarkable: the remaining titles the Dutch players claimed.

Robin Tabeling and Selena Piek (The Netherlands) are a new pair who made a good start together by reaching the semi-finals of the Malaysia Masters. This weekend they were able to lift their performance a step higher by beating Danny Bawa Chrisnanta and Wei Han Tan (Singapore) in the finals.

Mark Caljouw was the favorite to win the tournament, but it was not so self-evident he would actually do so, as was shown in the other events. However, he did and he could return home with a smile.

— I came here with the goal to win. So when that succeeded, that was an awesome feeling!

Caljouw faced one of the talented players China sent to Austria: The Olympic youth champion Shifeng Li. Caljouw had a tough cookie on Li, but showed better physical endurance. In three games, the victory was for Caljouw.

— I did not always play my top level. I had ups and downs during the tournament.

— In the end, it is only the result that matters. So I am very happy and satisfied!