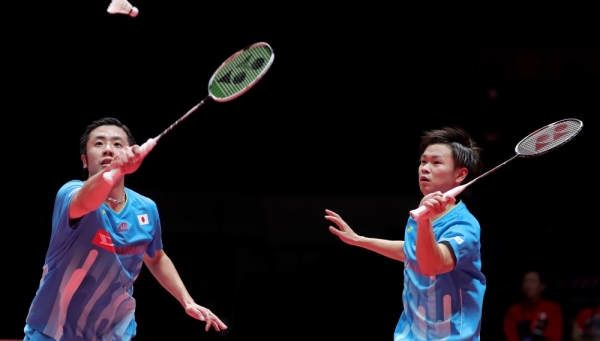 Akane Yamaguchi and Hiroyuki Endo/Yuta Watanabe made history in Wuhan yesterday, as they became the first Japanese winners in women’s singles and men’s doubles respectively at the Badminton Asia Championships.

With Kento Momota defending his men’s singles title, the week finished on a glorious note for Japan. Their only disappointment on Sunday was the women’s doubles final, where Mayu Matsumoto/Wakana Nagahara fell short against China’s Chen Qingchen/Jia Yifan.

Yamaguchi was too strong for local hope He Bingjiao in the women’s singles final, cruising to a 21-19 21-9 victory, Japan’s first on finals day.

The Japanese survived three three-game encounters on her road to the final, against Singapore’s Yeo Jia Min in the second round, India’s Saina Nehwal in the quarterfinals and China’s Chen Yufei in the semifinals.

Kento Momota defended his title with relative ease against China’s Shi Yuqi, who had beaten him in the final of the HSBC BWF World Tour Finals last December. 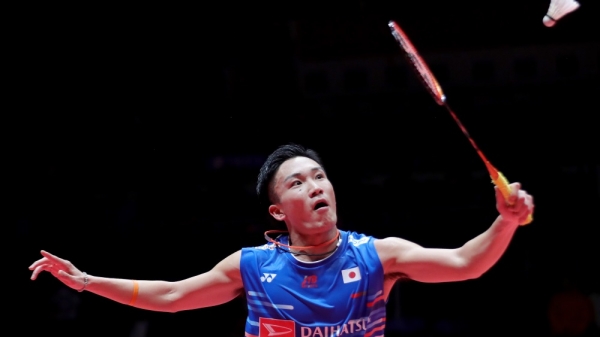 The top seed had a mostly smooth ride to the final, with only Lu Guangzu (China) taking a game off him in the quarterfinals.

The last match of the day featured Endo/Watanabe against top seeds Marcus Fernaldi Gideon/Kevin Sanjaya Sukamuljo (Indonesia). The Minions inexplicably melted down after losing the first game, handing the Japanese the crown at 21-18 21-3.

Earlier, in the opening match, China’s Wang Yilyu/Huang Dongping defended their crown with a hard-fought win over compatriots He Jiting/Du Yue 21-11 13-21 23-21. 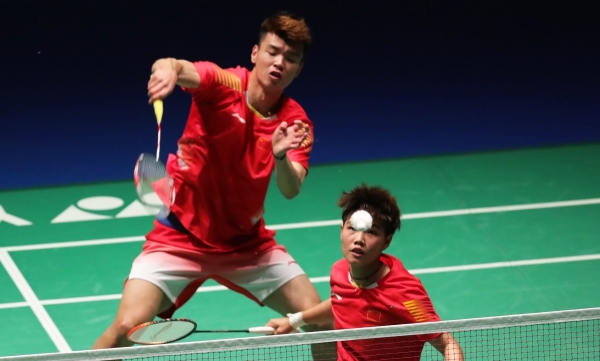 The challengers had earlier beaten top seeds Zheng Siwei/Huang Yaqiong 21-14 21-18 in the semifinals.

Women’s doubles world champions Matsumoto/Nagahara had their chances against Chen/Jia but narrowly went down, 19-21 21-14 21-19. 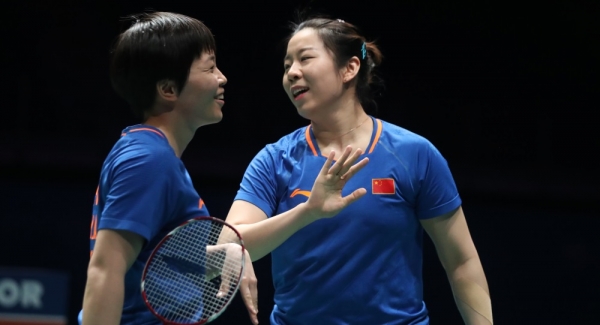 Chen Qingchen (left) and Jia Yifan gave China much to cheer about.

The world champions had earlier prevailed over top seeds Yuki Fukushima/Sayaka Hirota in the semifinals in straight games.