Two titles for Mitsova in Greece

Two titles for Mitsova in Greece 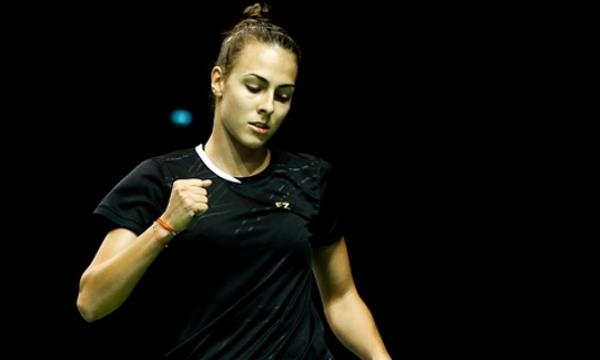 The start of the Olympic qualification could not have been better for Mariya Mitsova (Bulgaria). At the Hellas International she claimed two titles: Her very first in mixed doubles since her partnership with Alex Vlaar and a well-deserved ‘bonus’ title in women’s singles.

Overall, Mitsova was satisfied with her performance in Greece. However at some point, the many matches in both events prevented her from keeping a solid focus. Luckily she overcame these downs with two titles as a result.

— The mixed matches before the final were all a steady performance from us. The final on the other hand was a bit like a rollercoaster, Mitsova stated to Badminton Europe.

— we did not play a good game and lost the first game 10-21. In the second game we found our rhythm back and we managed to turn it into our favor. The third game we gained a few points advantage from the beginning and kept the gap till the end and closed the match at 21-17.

Read: Bulgaria aim for yet more titles in Greece

The women’s singles final was much easier for Mitsova. Her real challenge she faced in the semi-finals against Ashwathi Pillai (Sweden).

— In singles I also had 3 solid performance first matches until the semifinal. This was quite a hard game for me as I had already played a lot of matches before in mixed doubles as well. I felt my focus slip away the second game, but got it back, took the lead in the third and managed to win it.

— Afterwards the final was an easier match for me. I struggled a bit the first set with the fast shuttles but found my control better in the second set and closed it 21-8.

Read: "We had some good wins this year"

Hellas international was also the tournament of young players, like Zach Russ and Steven Stallwood (England) who barely left the junior circuit a year ago and have to find their way in the general circuit ever since.

— It was nice to get to the final in this tournament and feel like we started to play at a good level again. Hopefully now we can continue to make more improvements and start to get these type of results in higher graded tournaments.

Find all the matches and results of the Hellas International here