Day 2 over in Farum 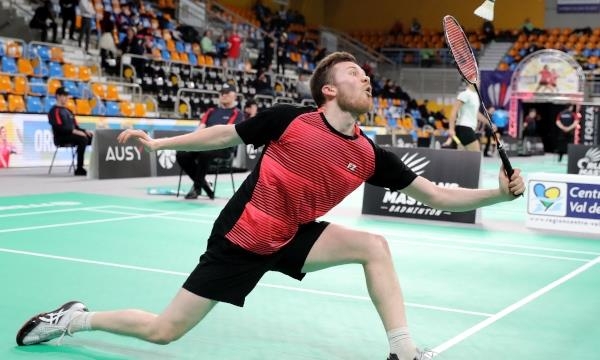 The LI-NING Denmark Challenge has already had its first shock after Finland’s Kalle Koljonen has knocked out former European Champion, Jan Ø Jørgensen in the first round.

The Finnish 25-year old came into this match with nothing to lose and certainly showed to the audience in the arena that he was no pushover.

The Finnish man started the first game, one point down, but from then it was onwards and upwards for the 25-year old.

Koljonen managed to react to shots from the Dane which we far to the backcourt which shocked the Dane, as he continued to try and settle into the match.

After winning the first game 21-16, Koljonen was always going to have to be alert in the second, expecting an attempt of a comeback from Jøorgensen.

The Dane did come alive in the middle of the game but that did not stop Koljonen managing to find a burst of energy in the final third to win the game and beat the Dane in straight games, (16-21, 17-21).

Koljonen speaking after the match did not expect to be standing talking about a win and struggled to accept that he deserved to win.

Koljonen and Jørgensen met for the first time at the newly branded LI-NING Denmark Challenge in Farum.

— I was a little bit surprised by myself the fact that I managed to beat him (Jan Ø Jørgensen) in straight games, Koljonen said.

— When I won the first I was thinking he was maybe nervous or was not ready, but then when I won the second I thought okay, I must have played well, he added.

— I was surprised that I had an answer to the tricky shots that Jan gave me, but I managed to do something to manage them.

Koljonen will now play Ireland’s Nhat Nguyen in the next round of the LI-NING Denmark Challenge, who managed to beat Milan Ludik of the Czech Republic.