7 Things You Need to Know About AirBadminton 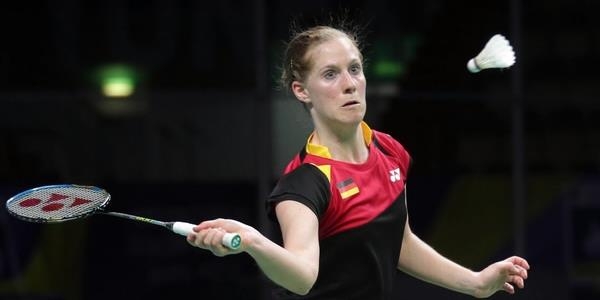 The Future Series continues this week as the players head to Germany for the B.A.B.B. German International.

With a number of players preparing for the Sudirman Cup, some of these players will see this as a big opportunity to gain some vital points to move themselves up the rankings.

Can Lauritzen win another double?

Danish doubles star Emil Lauritzen is in prime position to take home another two titles from a Future Series event.

Back in April, Lauritzen managed to win both the Men’s and Mixed Doubles titles in a Future Series event at the Croatian International, so will be hoping to repeat the same feat come finals day on Saturday.

Lauritzen is joined by the same partners in order to do that too with men’s partner Mads Muurholm and Mixed Doubles partner Iben Bergstein both joining him in Bonn.

Both pairs are also top seeds for the event so there’s a chance of success for the Danes once again.

Schaenzler to make it two from two?

In the Men’s Singles, the German Lars Schaenzler will be hoping to make it two wins from two in the future series.

Schaenzler who lost out to Hans Solberg Vittinghus in the round of 32 at the LI-NING Denmark challenge last week will be hoping to continue the impressive form that he showed in the last Future Series event where he was crowned Champion in Hellas at the Hellas International at the beginning of the month.

Schaenzler will be facing a qualifier in his opening round match on Thursday.

Other than Schaenzler there’s a plethora of German talent looking to win themselves in front of their home crowd.

Women’s Singles star Theresa Isenberg will be looking to make an impact this week. As the fourth seed, she’s the highest ranked German in the women’s singles so will be hoping to put on a big display.

Also, in the Women’s Doubles draw, the home fans will be expectant of a German winner. German players make up three of the four seeded pairs and they will all be hoping to challenge the top-seeded players (Belgium’s Lise Jaques and Flore Vandenhoucke) for the title.

Check out all the results from Germany here