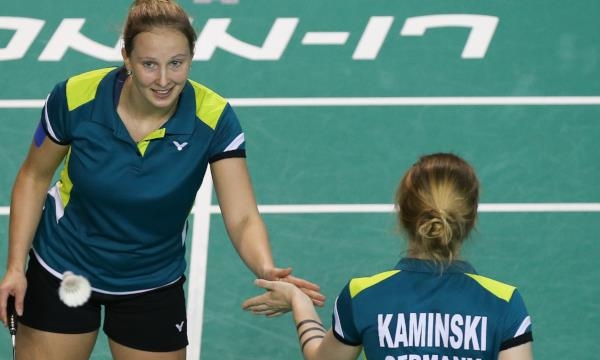 The Latvia International is the next stop for the Badminton Future Series in 2019.

The competition has a new home this year as well with the Zemgales olimpiskais centrs taking over from the Jelgava city sports hall for this year’s rendition of the event.

Some of the World’s top Badminton players are descending on Jelgava from the 30th May right up until finals day on the 2nd June.

After their success on home turf in Bonn in the last Future Series event, German players will be looking to continue that form in Latvia this week.

German players reached the finals in all five categories apart from the Men’s Doubles so will be expecting to do well once again in Jelgava.

Of those players, it was the Mixed Doubles pairing of Hannah Pohl and Peter Lang that were arguably the most successful.

The pair ran out straight game winners over the Danish pair in Germany with a comfortable 21-15, 21-13 victory in order to take home the title.

For this one they are seeded third for the event so will be confident of their chances once again.

Pohl will also be hoping to win two titles as she is also highly seeded in the Women’s Doubles. Partnered by her compatriot Lisa Kaminski the German pair are seeded second for the tournament and will be looking to improve on their Semi-Final defeat in Bonn.

Helina Ruutel (Estonia) also has a chance of achieving this feat in Latvia. The Estonian, alongside partner Kati-Kreet Marran, are the top seeds in the Women’s Doubles and she is also seeded second in the Mixed Doubles with partner Marcus Loo so she will be confident of going far in Jelgava.

Can Parson’s go one step further in Latvia?

The tournament in Germany was a major success for England’s Sam Parson’s, reaching the Semi-Finals before falling to the Runner-Up Max Weisskirche (Germany).

Parson’s has been a regular fixture in the Future Series so far this year, competing in a number of the events already and will be hoping that this is the one that will see him win his first title since last year’s Iceland International.

He comes into this one seeded third in the Men’s Singles and will begin his campaign with an opening round match-up with Norway’s Peter Roenn Stensaeth on Friday.

See all the results from the Latvia International here.