Home winner for the first time in six years?

Home winner for the first time in six years? 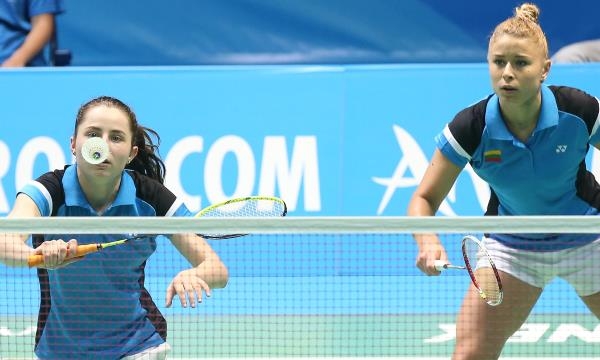 The Badminton Future Series returns this week and the competitions seventh event of the year sees the players travel to Panevėžys, Lithuania for this leg of the competition.

Akvilė Stapušaitytė was the last Lithuanian to be able to win on home turf back in 2013 and they’ll be a few hopefuls looking to end that run this time out.

The home crowd will be expectant ahead of this week’s action with a few of Lithuanian stars seeded highly ahead of their home tournament.

Vytaute Fomkinaite will be the country’s main hope coming home with a title come finals day on Sunday. The Lithuanian star is seeded in three categories for the tournament (Women’s Singles, Women’s Doubles and Mixed Doubles) so will be expectant of at least winning one title for the home crowd.

Fomkinaite is seeded highest in the Women’s Doubles where she’s the top seed alongside her partner Gerda Voitechovskaja.

The pair have already been successful in 2019 after a victory in the Kenya International back in February so they’ll be desperate to step back onto the top step of the podium once again.

Fomkinaite and Voitechovskaja have been given a bye for the opening round so their opening match-up will be a Round of 16 tie on Saturday.

Elsewhere Fomkinaite is seeded third in the Mixed Doubles alongside her partner Mark Sames and is seeded seventh in the Women’s Singles.

On Friday she’ll take to the court twice in the opening round to take on a qualifier in the Mixed Doubles and then Scotland’s Toni Woods in the Women’s Singles later on.

Lauritzen and Muurholm looking to make it two in a row

In the Men’s Doubles, the Danish pair of Emil Lauritzen and Mads Muurholm will be looking to make it two titles in a row in the Future Series.
The pair ran out victorious in the Latvian International last weekend and will be confident of adding another trophy to their trophy cabinet.

Muurholm and Lauritzen defeated Norway’s Magnus Christensen and Vegard Rikheim in the final after a 21-16, 21-11 win in Jelgava but the Norwegians will be looking for revenge after being seeded fourth once again for this one and a repeat of the final could certainly be on the cards.

See all the results from the Lithuanian International here