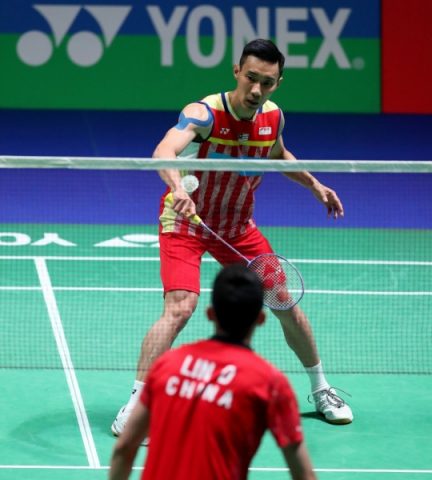 It was a sombre afternoon last Thursday with Lee Chong Wei struggling to contain his tears. 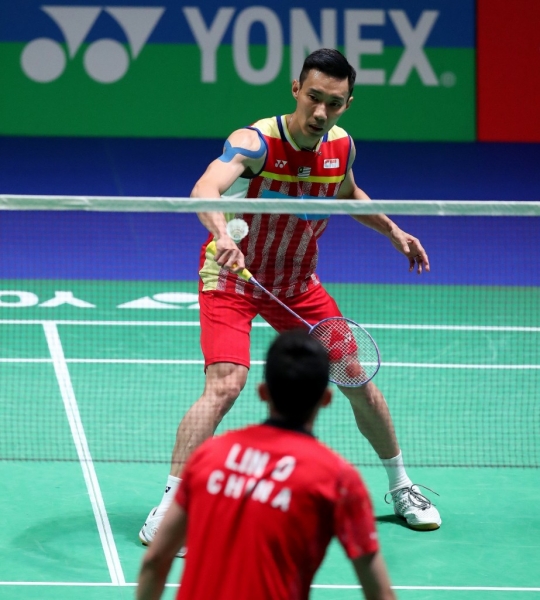 Matches between the two were often intense affairs.

He has cried bitter tears before, and in public, but this was different. A way of life for 19 years was coming to an end, and perhaps not in the way he would have preferred. Not on court, but in a hall far from it.

He fielded the numerous questions gamely. What was the one word that encapsulated his career? (“Thank-you”). Who would he miss the most? (“The media”). His most memorable victory? (“The 2006 Malaysia Open final”). Any regrets? (“100 percent – not winning the Olympics or the Worlds”).

Yet, even at this difficult time, Lee sent good wishes to a great rival who had inflicted on him some of his bitterest defeats. “I hope Lin Dan can qualify to his fifth Olympics,” Lee said. “It will be tough, for a country can have only two representatives, and Chen Long and Shi Yuqi are also in contention. I was hoping to be there too.”

Lee’s emotional farewell thus signed off on their legendary rivalry, which matches any in sport for intensity and drama.

By the time Lee reached his first Major Event final (Beijing 2008), Lin was already a two-time world champion. And by the time they faced off for the world title in 2011, Lin had become the first men’s singles player in history to achieve a triple crown besides the Olympic gold.

Lee, by his own admission, was blown off by Lin’s pace in the 2008 Olympics. Over the next few years, though, the Malaysian evolved, and nearly dethroned Lin in three major finals.

Two of those were lost by a whisker. Two match points in the 2011 World Championships final in Wembley; a 19-18 lead in the decider of the London Olympics. His big moments had arrived – then slipped by, just agonisingly out of reach. 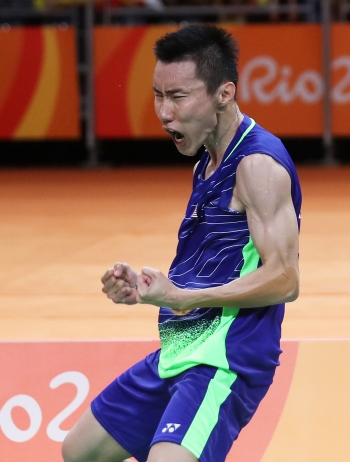 Of course, it was also a fact that it wasn’t just about luck; he was up against one of the greatest-ever players in the game, one who would give nothing away, one who seemed immune to pressure.

Lin had thwarted him on the biggest of stages four times, and thus their semifinal in Rio 2016 crackled with electricity. Here were the two great rivals once again. The match teetered precariously one way and another; Lee had the lead at the death, only for Lin to stage an astonishing comeback. Would he thwart him one more time?

But it was not to be – for Lee finally got the better of his rival, celebrating his third straight Olympic final with a scream and fists pumping in the direction of his supporters.

A day later, a dazed Lee, having lost rather tamely to Chen Long, looked vacantly into the distance. The semifinal had taken a heavy emotional toll, leaving nothing for him to take on another formidable rival in the final, Chen Long.

There have been many encounters in Lin and Lee’s epic tango. Lin has the better record, but in many ways, it will never be about just the numbers.

The two antagonists brought to the court breathtaking intensity of attacking badminton – Lee, nearly feline in his movements and speed; Lin, supremely assured, mounting cannon-ball smashes with flicks of his wrist. Lightning strike and counter-strike, gymnastic leaps and dives; and yet – feathery touch, astute courtcraft; a mastery of the elements.

Lin and Lee – each will be defined by the rivalry.

As Lin said after the 2013 final in Guangzhou – the crowd chanted Lee’s name as he was stretchered off – “I hope Chong Wei realised he may have lost the match but he has already succeeded. When he was down on the court at 17-20, the whole stadium was actually chanting ‘Go Lee Chong Wei’. Not for me. I heard it loud and clear! And at that moment, I actually felt Chong Wei was very blessed and I was glad for him. Perhaps in my younger years that would upset me. I mean, he came to China, and got his entire enemy’s den cheering for him when he was down; that shows the respect he has won over. And to me, that is true success.”