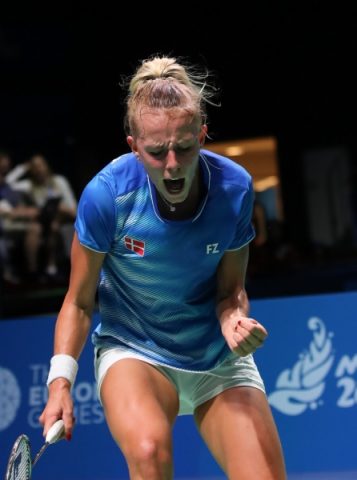 Estonia’s Raul Must was forced to change his travel plans following a shock leap into the semifinals at the European Games.

Aided by a more open side of the draw following the withdrawal of Viktor Axelsen, Must defeated Sweden’s Felix Burestedt 16-21 21-12 21-12 in yesterday’s quarterfinal to progress to the semis and secure a first medal for Estonia at a senior level multi-sport competition.

The Estonian explained what it felt like to be the first player from his country to win a European Games badminton medal.

“It is a good feeling; it’s amazing. It has been a struggle. I honestly did not see it coming,” said Must

“When I saw the draw I thought I had a chance to get through the group but to get a medal is a dream come true.

Historical Raul Must: I had a flight home today

“I told my NOC to book my flight for Friday so I was not wasting time here and could go home.

“Now I have to change my ticket. But it is okay because it has been going so well. I am so happy; it is a good thing to change the ticket.”

Must will now play France’s Brice Leverdez while Anders Antonsen (Denmark) faces Misha Zilberman in the other semifinal.

For Israel’s Zilberman, it was also a shock result to progress.

Speaking to Badminton Europe following his 12-21 21-17 21-15 victory over third seed Mark Caljouw, Zilberman said: “I have no words. I never ever expected anything like this. It is a dream.

“I have practised all of my life to get to this moment. My best result has been the last 16 of the European Championships, but I was never thinking to go this far.

“My dream was to go to the quarterfinals and play for a medal. But wow I won this match and it is crazy.

– I am in shock. It is my best match ever

“This is definitely my best match ever. It doesn’t matter what players you beat, but the medal is so important.

“Anders Antonsen is the best at this tournament and if I can win one game then I will be happy. I will try my best tomorrow [Saturday] and see what happens.” 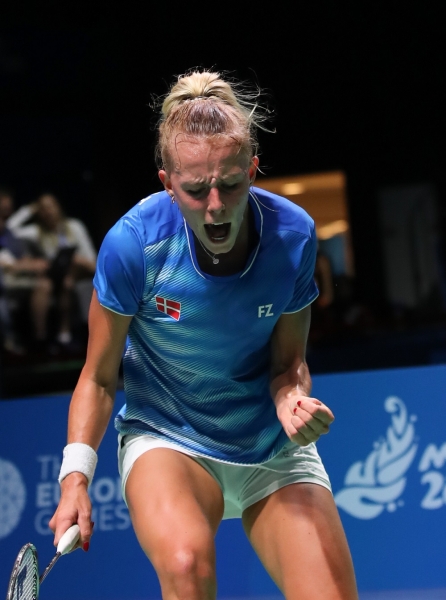 In women’s singles, top seeds Line Højmark Kjaersfeldt and Mia Blichfeldt will be out to lock down an all-Denmark final when they take to the court later today.

Blichfeldt was the first to advance when she defeated Chloe Birch of Great Britain 21-11 21-13.

“I have played Chloe many times and I know she is a great fighter and is very strong. I knew I had to be stronger and fight even more than her. It worked well and I kept the focus on my game plan,” Blichfeldt said.

“There were a few times that I fell out but I came back quite quickly.

“We all know what colour medal we want. I need to take it one match at a time. We have to dream and they are very high.”

Catch all the action LIVE via the Olympic Channel.