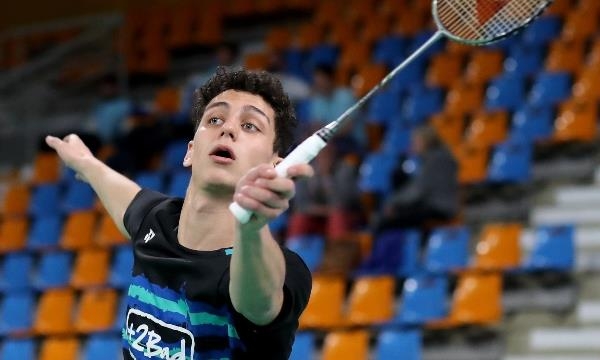 The Hellas Open 2019 ended in Sidirokastro on Sunday with finals all the events.

The final day in Greece had a strong French contingent, having participation in three of the five finals.

France three times on the top of the podium

In men’s doubles, Eloi Adam and Julien Maio from France clinched the title after winning the final against third seeded Oliver Leydon-Davis and Abhinav Manota from New Zealand. The runners-up of the Yonex Latvia International 2019 comfortably beat their opponents in two straight games with 21-18, 21-18.

In mixed doubles, the newly formed pair Fabien Delrue and Vimala Heriau continued their impressive form in their fiest tournament together. Despite losing the first game against top-seeded Pawel Smilowski and Magdalena Swierczynska from Poland, the young Frenchmen bounced back to clinch the title with a 21-15 win in the decisive game.

The women’s doubles final was a duel between Vimala Heriau and Margot Lambert from France and the Ukrainians Anastasiya Prozorova and Valeriya Rudakova. The French were victorious, winning 21-13, 21-16.

The final of the men’s singles was an all Malaysian affair.

Lim Chong King faced his compatriot Aidil Sholeh Ali Sadikin and both of them played some outstanding badminton. After a bad start in the first game, Lim Chong King made a strong comeback in the second, and eventually won 21-15 in the deciding game.

In the women’s singles, Kisona Selvaduray from Malaysia was up against a strong Thet Htar Thuzar from Myanmar. The skilled Malaysian, winner of the Malaysia International Series 2018, eventually came out on top, beating her opponent 21-14, 21-9 to win the title.

The action on court continues as the next Circuit tournament is starting tomorrow in Bulgaria. Follow the matches live on Badminton Europe’s platforms!