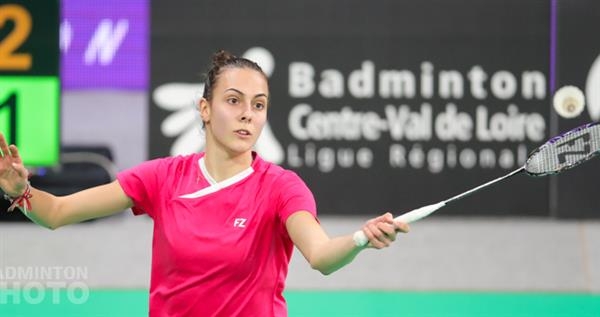 Bulgaria’s Mariya Mitsova lost out in the final of the women’s singles of her hometown event after a 21-9, 21-14 defeat to Neslihan Yigit.

The world number 38 made it five wins out of five to deny the home crowd favourite at the final hurdle of the International Series event in Sofia.

Mitsova fought to the end but Yigit was just too strong on the day, leading from the off to comfortably put aside the Bulgarian.

There was even more Turkish success on finals day as Bengisu Ercetin and Nazlican Inci were dominant in their women’s doubles final over Catherine Choi and Josephine Wu (Canada).

The Turkish pair took just 21 minutes to dispatch their Canadian opponents to win their first competition of the year with a 21-8, 21-8 win.

France’s Toma Junior Popov rounded off a successful Bulgarian Open with a dominant win over Abhinav Manota (New Zealand) in the final.

The Frenchman dropped just two games on route to the title and rounded it off by putting away the world number 163, 21-15, 21-10 in the final.

Popov held off Manota in a fairly tight opening game before taking eleven straight points in the second to take home his first title of the year.

In a repeat of the Hellas Open final, Adam and Maio came from a game down to defeat New Zealand’s Oliver Layden-Davis and Abhinav Manota in a near hour-long matchup with a 10-21, 21-16, 21-12 win.

Unseeded Clare and Tolman lose out in final

There was some disappointment for Europe on finals day however with the English pair of Matthew Clare and Lizzie Tolman losing out in the mixed doubles final.

The unseeded pair had done well to make it to the final but the top seeds of Canada’s Josephine Yu and Joshua Hurlburt-Yu were just too strong, running out 21-16, 21-16 winners.

See all the results from the Bulgarian Open here