Loss for the local favourite 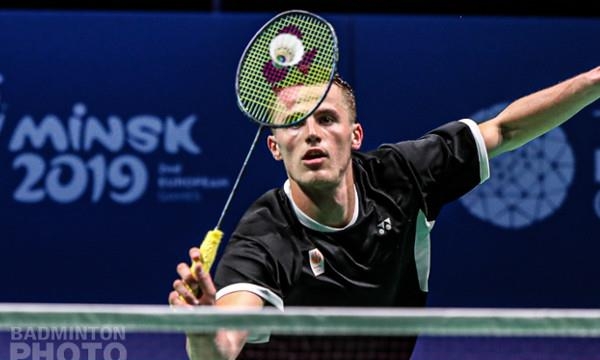 RSL Kharkiv International 2019 has come to an end. Soon the European top players will return to Ukraine for the 2020 European Championships in Kiev.

One of the players who is aiming for Olympic qualification is Mark Caljouw (NED). Caljouw, now ranked number 33, won the tournament in men’s singles and earned the well-needed points to come closer to his dream.

— I played a good and solid tournament. I had been in an off-period lately, which is why it feels amazing to win here, stated Caljouw.

— This was definitely my goal, he added.

Read: These are the #EU17C19 champions

Caljouw beat his opponent Ade Resky Dwicahyo (AZE) 21-15 and 21-10 and played the shortest final of the day.

The longest match of the day was the women’s singles between Xuefei Qi (FRA) and Neslihan Yigit (TUR). After almost an hour and a half (88 minutes), Qi left the court as the victor of the match and the tournament.

Marcus Ellis & Chris Langridge (ENG), the bronze medallists from the Olympics in Rio, suffered a surprising loss in the final against their compatriots Ben Lane & Sean Vendy. Lane and Vendy won 21-19 and 21-18 against the European Games champions in the final.