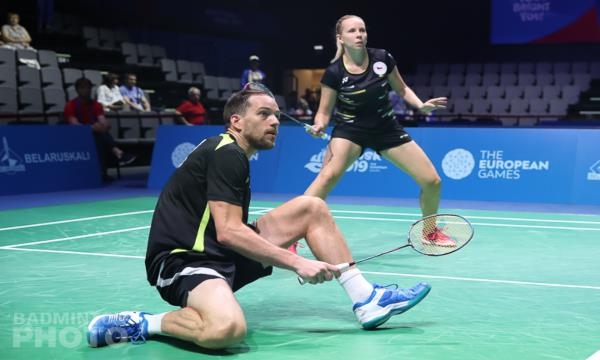 The Future Series returns to Europe after a three-month break since June’s Lithuanian International.

Some of Europe’s top talents are set to compete for the title in Brno from the 26th to the 29th September.

Home chances looking strong
There’s set to be some strong challengers from the home nation as Czech players are the top seeds in three of the five disciplines.

Firstly, in the men’s singles where Adam Mendrek is the top seed coming into his home tournament.

The world number 137 has not won a title since 2015 but will be hoping that the home crowd can push him on to break that drought in Brno on finals day Sunday.

Also, Alzbeta Basova has the chance to claim two titles in her home country this week.

Basova is one half of the top seeds in both the women’s and mixed doubles and will be hoping to convert that seeding into success in the Future Series event.

The Czech player is partnered with Michaela Fuchsova in the women’s doubles and with Jakub Bitman in the mixed doubles and is aiming for her first title of the year.

Hungarian showdown in women’s singles
The women’s singles however is not topped by a Czech player in the seeding but by two Hungarians who could end up facing each other on finals day.

Top seed Agnes Korosi and 2nd seed Daniella Gonda have partnered each other for women’s doubles on a number of occasions but now may come head to head as they are both seeking for singles glory.

Korosi is ranked slightly higher than her compatriot, 123rd to 152nd  and will be hoping that ranking can see her past Gonda if both can make their way to Sunday’s final.

Irish favourites in men’s doubles
Finally, in the men’s doubles, it could be a great chance for the Irish pair of Joshua Magee and Paul Reynolds to take home the title.

The Irish pair haven’t had a title together since 2017 and the young pair want to get back to winning ways.

Reynolds and Magee are set to take on either the Austrian pair of Jannik Maczejka and Kilian Meusburger or the pair of Lukas Holub and Jan Hubacek (CZE) in round two after they will have received a bye in the opening round.

See the full draw for the Czech Open here