Winning Dolan: this title is for my coaches

Winning Dolan: this title is for my coaches 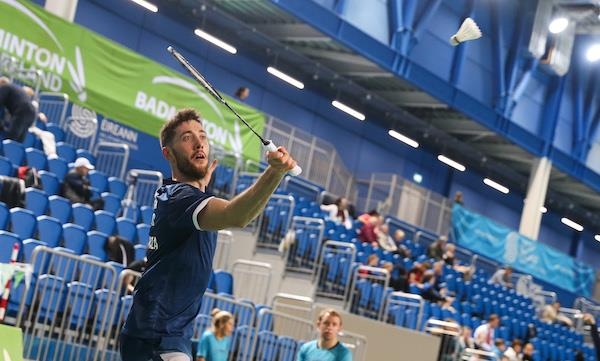 — It is my best performance in a tournament since coming back from my injury, Dolan said.

Dedicating his victory
Dolan has fought his way back after a two-year-long knee injury, and it is important for him to thank the people who believed in him during the long journey back.

— I am very grateful for what the coaches at the Centre of Excellence have done for me and I am very glad for the support that Badminton Europe has shown me. It means a lot to me that they were willing to take the risk not knowing if I could reach the level I had before, the Irish stated.

— This title was for them. I wanted to prove that they made the right decision taking me on in the first place.

The biggest win
At the U19 level Dolan won tournaments, but there is no doubt: This victory is one he for sure will remember.

— This tournament is the biggest tournament that I have won. I have won a Future Series in men’s doubles, but it did not have the same feeling to it. I feel it is much harder to win the men’s singles category, so for me this is a big one. This one ranks way higher than winning the nationals, Dolan mentioned.

— I had, kind of, seen it coming because I have been training more consistently every day, so there are obvious reasons behind it, he added.