A strong field at Dutch Open

A strong field at Dutch Open 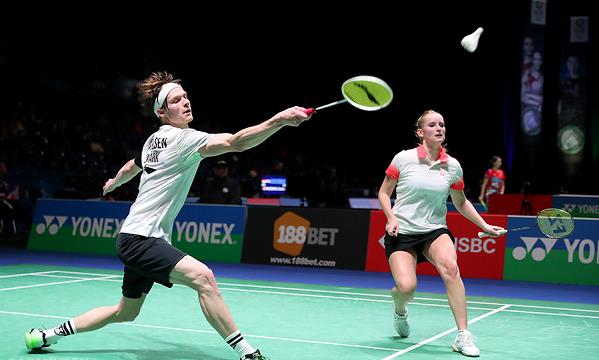 This week, Dutch Open, a BWF Super 100 tournament, is played.

The tournament takes place in Almere, Netherlands, where a lot of players from almost all over the world will be participating.

The preparations for the Olympics next year continue and the players are playing a lot of tournaments to get as many points for the rankings as possible.

Badminton Europe asked Mikkel Mikkelsen from Denmark right before the tournament what he was expecting from this tournament.

— As it is only the third tournament Amalie and I will be playing together in the mixed doubles, it is a little difficult to set the expectations high. But with a final place in Belgium and a victory in Poland, we hope to make a good figure, Mikkelsen said.

— In the men’s doubles Jeppe and I will be meeting a strong pair, which on the paper looks really though, he added.

Hard to pick out a favourite

Players as Sameer Verma and Zhang Nan will be participating, making the categories tough for the Super 100 tournament.

— There are a lot of good pairs in both mixed doubles and men’s doubles, so it is hard to pick out a favourite in those categories, Mikkelsen mentioned.