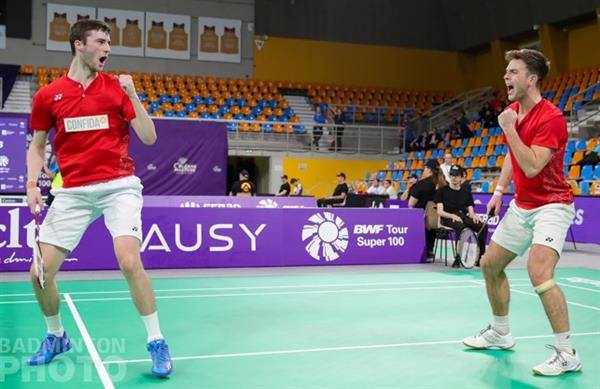 Badminton players from all corners of the globe will once again descend on Glasgow next month as the Scottish Open Badminton Championships gets underway at the Emirates Arena from 21-24 November 2019.

A total of 306 athletes from 40 countries and all five continents have entered the third oldest tournament in world badminton, with teams travelling from as far afield as Australia, Brazil, Canada, Chinese Taipei, India, Malaysia and New Zealand.

A large Scottish contingent includes Alex Dunn and Adam Hall in men’s doubles, as well as Hall and Julie MacPherson in mixed doubles with both pairs likely to be among the seeded players, which will be announced next week.

Kirsty Gilmour, Scotland’s double women’s singles champion will be on a tour of China, Hong Kong and Korea to ensure she achieves qualification for the 2020 Tokyo Olympic Games so the women’s singles will be wide open for a new champion this year.

Men’s doubles qualifying could be interesting, with Denmark’s 2014 and 2016 Scottish Open champions Mathias Christiansen and David Daugaard among the players aiming to qualify for the main draw.

European Games bronze medallists and 2018 Scottish Open runners-up Emilie Lefel and Anne Tran (France) head the women’s doubles entry and another strong Danish pair, Daniel Lundgaard and Julie Finne-Ipsen, are a pair to look out for in the mixed doubles qualifying — although the Danes haven’t played much mixed doubles together, both players have enjoyed some good results recently with other partners.


-We are delighted to have attracted so many athletes from all over the world to this year’s Scottish Open Badminton Championships.

-We have a good mix of established international players, previous Scottish Open champions and exciting young talent with the potential for some high quality matches right from the start of the event.

-I would encourage all Scottish badminton fans to take the opportunity that the Scottish Open provides to see elite level badminton on home soil and enjoy the family-friendly, festival-like atmosphere that the event creates.

Badminton Scotland will also be running various activities throughout the event aimed at connecting grass roots participants with the elite level competition, including a pilot of the new National Club League, a Student Club Forum, the National Coaching Conference and the renowned Big Hit Festivals.

For further information on how to get involved with these activities, contact Badminton Scotland’s Head of Engagement Lyndsay Morrison on 0141 445 1218 or email lyndsay@badmintonscotland.org.uk

The full schedule of play will be available closer to the event. The outline schedule is:

Tickets are on sale at www.badmintonscotland.org.uk

The Scottish Open Badminton Championships is being staged at the Emirates Arena by Badminton Scotland with support from Glasgow City Council, Glasgow Life, and Yonex.

For more information contact Peter Dean, Head of Events, on 0141 445 1218 or email peter@badmintonscotland.org.uk