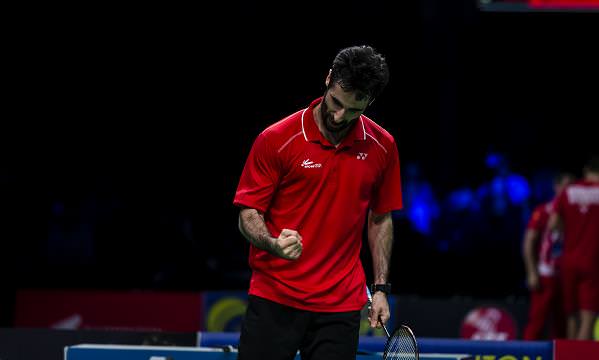 More than 250 players had entered this year’s Hungarian International – with many established top level players amongst those. Players from three different continents claimed the top spots during the finals played Saturday.

Korea’s Kim Sa Rang was the big winner on final’s day in Budapest, as he first won the mixed doubles event with Kim Ha Na when they beat Denmark’s Alexandra Bøje and Mathias Christiansen in straight games. A frustrated Danish pair never managed to threaten the strong Koreans who eventually won the match 21-12, 21-15. At the last final of the day Kim Sa Rang doubled his title wins when he and partner Kim Dukyoung beat Canada’s Peter Briggs/Joshua Hurlbert-Yu 21-12, 21-17.

Finally it was Canada’s Rachel Honderich/Kristen Tsai who won the women’s doubles title after a straight games win against the young Swedes Emma Karlsson/Johanna Magnusson.

To see all results from the YONEX Hungarian International – click here