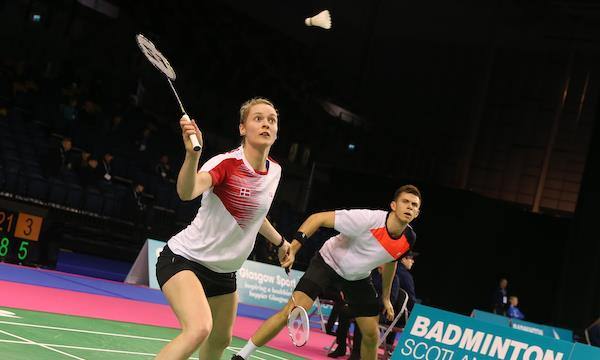 After struggling with an injury Rikke Søby is now back on court – and a lot of things need to be improved.

In March 2019 Mathias Bay-Smidt and Rikke Søby Hansen won the Swiss Open (BWF World Tour Super 300) and with two finals on the European Circuit, 2019 was off to the perfect start for the young Danes. But an injury during the summer forced Rikke Søby to take a break.

Now Bay-Smidt and Søby are back on court reaching the quarterfinals last week in Irish Open (losing to Ronan Labar/Anne Tran, France) and now entering the Scottish Open.

— I feel I am not moving that much, and my racket is slow. There is a lot of things that could be better, she added.

No big expectations
The Danes are seeded three, but they do not long far ahead in the tournament this time.

— We are just here to do our best and then we will see how far we get, Mathias Bay-Smidt stated.

In the second round on Friday the defending Danish national champions will be facing Anton Kaisti/Inalotta Suutarinen from Finland.