Leverdez: I have a good feeling

A comfortable first round win for Marin

Flynn and Clare: We were up for the challenge

Leverdez: I have a good feeling 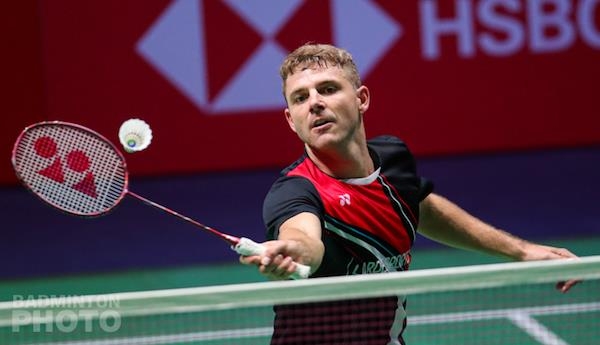 The French Brice Leverdez is through to the next round.

Leverdez is first seeded in the Italian International. In the first round he played Sergey Sirant from Russia which ended 21-15 21-17 to Leverdez. Sirant is quite a strong first round opponent, but for Leverdez the draw is not important.

— I actually did not care about the draw, because I was focused on some tactic that I wanted to play. And no matter who I play in this tournament I will play what I made in my mind and keep going, he said.

Last time the two players met was at the European Championships in 2017. This match ended 21-18 16-21 21-18 in Leverdez’s favour. The match in Milan today was a more comfortable win and Leverdez explained why:

Can he do it again?

Leverdez won the Italian International back in 2015. An important win as it was during the Olympic qualification period. This is also the case now. A win for Leverdez would be great in connection with the qualification.

— I have a good feeling in this tournament and I hope to do the same even though it is four years later, he ended.