Popov: It doesn’t work against me

Labar: That is why I was screaming that much

Marin: I just have to keep going

Popov: It doesn’t work against me 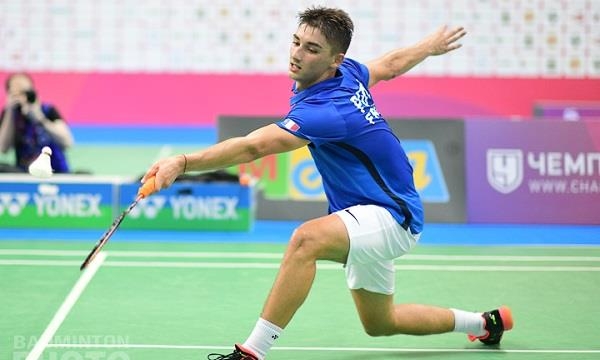 Christo Popov had to empty the tank against the number three seed Pablo Abian to get into the semifinal at the Italian International 2019. Popov won the opening game in comfortable fashion and even had three match points, but he explains how he could not keep the Spaniard down.

-I think I lost a bit of focus in the second game. I got to 20-17 and did not follow the same tactics, and that made the difference for him. It was fifty-fifty, but he made less easy mistakes than me.

Popov has played Abian three times already this year, so they know each other’s games well. This time in Milan it went all the way to a decider.

-In the third game, it was physically and mentally a fight because we were both tired. I am happy to win this battle again.

Read also: Labar: That is why I was screaming that much

Always a fun match to play
Popov is yet to lose to Abian. He explored why he seems to have an edge when he plays against him.

-I know that he is mentally strong and is able to make his opponent angry. It does not against me, because actually every time I play against him, I am really excited. It’s always a fun match to play.

Popov will play his countryman, seventh-seeded Lucas Corvee in the semifinal later today.

I am so tired now
Christo Popov is also in the quarterfinals with his brother, Toma. This means they both have been playing many matches each day. Commenting on how he is coping physically, Christo Popov said.

-Throughout the year we haven’t actually played a quarterfinal in a challenge tournament. We do not play that well normally, but now it is quarterfinal and semi-finals day it is the first time we play doubles and singles on the same day. Of course, I am so tired now, but we will see.