Finalists in Italy are set

Marin: I just have to keep going

Finalists in Italy are set 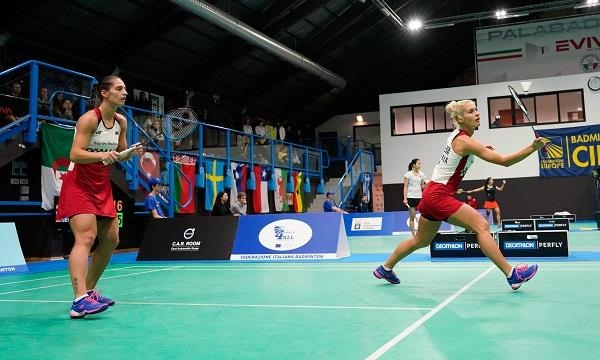 After a terrifically entertaining quarterfinals and semifinals day at the Italian International, we now know our finalists.

We will have five different European nations represented and curiously two sibling partnerships in the level doubles, with the Stoeva sisters and Popov brothers playing in the women’s and men’s doubles finals respectively.

Youngest Popov brother, Christo, will also be contending the men’s singles final. Similarly, Russia’s Ekaterina Bolotova will be in two finals, as she will be playing in the mixed doubles and then the women’s doubles tomorrow.

Reigning Olympic champion, Carolina Marin, will be aiming for her second title here in Milan.

Read also: Marin: I just have to keep going

Keep up to date and download our Badminton Live app.