Ozge Bayrak aiming for the treble

Gabriela and Stefani Stoeva: the positive game we showed on court

Ozge Bayrak aiming for the treble 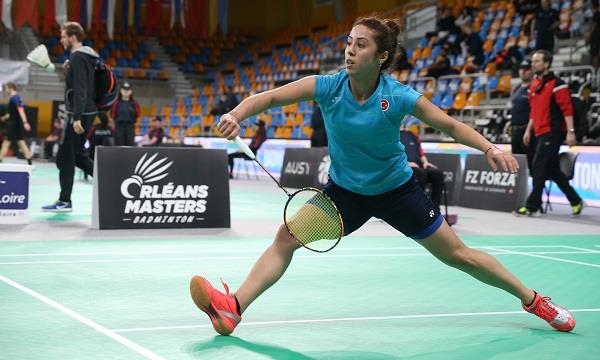 Following the BWF World Tour Finals, we have the last International Series event of the year before Christmas. Previously called the Turkey International, players will take flight one last time before the year comes to a close.


Ade Resky Dwicahyo, Luís Enrique Peñalver and Gergely Krausz, who are second, third and fourth seeds respectively, will be hoping to stop the top youth player and secure the title for themselves.


With plenty of home players lined up in qualifying, there is room for several upsets. Denmark and Spain have a good representation in men’s singles with three and five players respectively.


Turkey also takes the second and fourth seed places with Aliye Demirbag and Ozge Bayrak in the women’s singles. Bayrak will be looking to oust her compatriots to retain the title she won the previous two years, as well as fighting off Clara Azurmendi of Spain and Dorcas Ajoke Adesokan of Nigeria, seeded third and fifth respectively.


Ercetin and Inci will be looking to go one better than last year’s semifinals loss and win the title. They won’t see non-Turkish competition until they reach the final and could find Daniella Gonda and Agnes Korosi of Hungary, or Viktoriia Kozyreva and Mariia Sukhova of Russia awaiting them.


The men’s doubles draw could open up if the favourites cross paths with Mikkel Stoffersen and Mads Vestergaard of Denmark, the only Danish pairing in the men’s doubles.


The mixed doubles feature an all Turkish qualifying round before we get to the main draw and more countries come into play. Top seeds Miha Ivančič and Petra Polanc of Slovenia will be looking for their second title of the year, while Mikkel Stoffersen and Susan Ekelund of Denmark, second seeds, will be looking for their first-ever mixed doubles title.