Seeded Swedes aiming for the podium

Seeded Swedes aiming for the podium 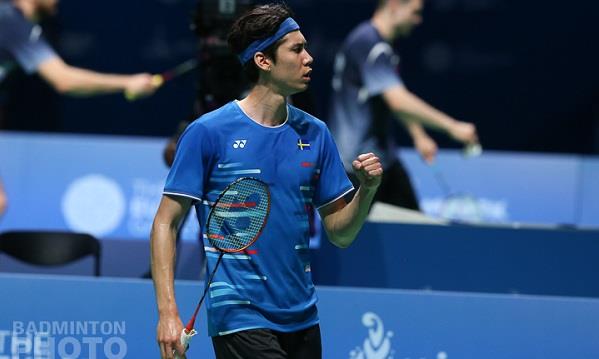 This week we will move our attention to Uppsala in Sweden, for the Swedish Open, a tournament with a long history beginning in the 1950s.

In 2018, Emma Karlsson and Johanna Magnussen became the first women’s doubles title holders on home soil since 1966. This year they are back for more and are seeded number one. On the other side of the draw are the number two seeds, also from Sweden, Clara Nistad and Moa Sjoo. This gives the Swedish fans a lot to get excited about.

However, the unseeded Japanese pair of Rena Miyaura and Saori Ozaki may be poised to spoil the party, as they did in Tallinn last week, taking the Estonian International without dropping a game.

Follow Felix
Felix Burestedt comes into his home tournament as the number two seed, behind the experienced Pablo Abian of Spain. Burestedt will hope to re-kindle the form he showed in the last tournament he played at the Irish Open, reaching the semi-finals. Much like in the other categories, one eye is on the unseeded Japanese players, namely Minoru Koga, who returns to Sweden to defend the title he won last year.

Burestedt will play the 2019 African Championships silver medallist, Godwin Olofua, in the opening round. Last time they played, it was two years ago at the Cote D’Ivoire International, going all the way to a deciding game and finishing in favour of the Nigerian.

Felix Burestedt will also be doing an Instagram takeover during the tournament, sharing behind the scenes of what it is like being a player on the circuit. So, make sure you follow badminton_europe.